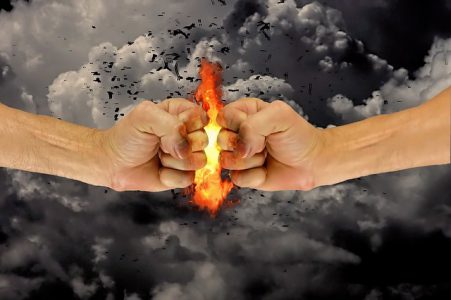 Korach is the paradigm of a machlokes not for the sake of Heaven. At first glance it is shocking to think that a Jewish leader of Korach’s stature would be the archetype of leadership gone awry. Unfortunately, it is a recurring theme in Sefer Bamidbar. Already in Parshas Beha’aloscha [Bamidbar 11:1], Rashi tells us, according to Rebbi Shimon Ben Menasia, that the fire from God to quell the rebellion of the Misonnenim was actually directed at Jewish leaders who did not use their authority to subdue the uprising themselves! And then in Parshas Shelach, the leaders of the tribes related lashon hara about Eretz Yisroel that has impacted Klal Yisroel until today.

Korach approached Moshe and declared, “The entire congregation – all of them – are holy.” [Bamidbar 16:3] Rabbi Moshe Feinstein writes in Derash Moshe, that this claim “is the basic argument of those who reject the Torah leaders and think that they know the Torah as well as the gedolim, and they do not need a teacher or a leader.”

How can we understand the disagreements that not only fill the gemara, but characterize the differing postions of rishonim and achronim to arrive at the truth? What led to the disagreements in the first place? Furthermore, the existence of disputes themselves may imply that the system of Jewish law is arbitrary. There are so many opinions on so many issues that it appears as if a person could choose any path he wishes and still call it Judaism.

The shiur on the Concept and Dynamics of Machlokes – Dispute, Part VII of the Morasha series on the System of Halacha explores the origin of disputes within the Oral Torah, the nature of Talmudic debates, and under which circumstances we can say that both sides of a dispute are actually correct! The class will also understand the nature and legitimacy of conflicting rulings in contemporary halachah and how everyone finds their path.