OLAMI Resources   /   Featured Posts   /   How Did the World’s Most Influential Protester Ensure a Legacy? Free NLE Morasha Shiur on “Finding Your Soulmate” for Parshas Chayei Sarah 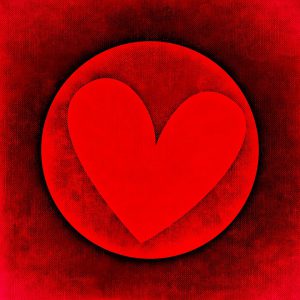 Throughout history, protests and demonstrations have been successful in catalyzing change: The Boston Tea Party against British rule in 1773 that led to the American Revolution, Bastille Day and the French Revolution in 1789, and Martin Luther King’s Civil Rights March on Washington in 1963. Most recently, Donald Trump’s election triggered protests in twenty-five US cities. The Washington Post reports that it is not necessarily the president-elect who is in the cross-hairs.

The protestors are also disillusioned by the Hillary Clinton ticket. Ironically many of the protesters who took to the streets didn’t cast a ballot for the candidate who could have beaten Trump. They feel disenfranchised by what they perceive is a fruitless, self-serving political system and their desire to force change on a host of social and economic fronts. Time will tell if, and to what extent, these protests will achieve their goals.

Historically no single protester has come anywhere close to achieving what the world’s first activist – Avraham Avinu – accomplished in terms of ideology, scale and long-term impact.  He questioned what is the essence of man and why he was in the world.

“What is man?” – the central question of anthropology – has preoccupied thinkers since philosophical reflection began thousands of years ago. From the pre-Socratics and the Hellenistic philosophers through … theologians and down to Kant, Hegel and the existentialists, explicit answers were sought to the questions of man’s place in the world and the nature of his being. And these questions continue to command the attention of Western thought to the present day. (Introduction, “The Emergence of Ethical Man,” Rabbi Joseph B. Soleveitchik,” 2005.)

Avraham concluded that there was one God who created mankind to follow Divine values. (Rambam, Hilchos Avodah Zarah, Chapter 1:3)  Avraham challenged the world’s leader, Nimrod who was spearheading the ubiquitous heathenism, paganism and immorality of the day. By doing so, as the Shelah explains, (Lech Lecha, Torah Ohr 3) Avraham made God known to the world. To such an extent, that “Abraham is now regarded as one of the most influential people in all of history. The world’s three largest monotheistic religions – in fact possibly monotheism itself – found their beginnings with him. Over 3 billion people in the modern world cite Avraham as the “father” of their religion. (From Encyclopedia.com, Entry: Abraham)”

How did Avraham Avinu seek to guarantee that his descendants would embrace and follow his ideology? He realized that after being blessed with Yitzchak who was heir to the Jewish people, Avraham needed to find him a wife who would be an unswerving partner in pursuing Jewish goals. We see this demonstrated in the spectacular shidduch in Parshas Chayei Sarah with Rivkah when Avraham sent his trusted servant Eliezer to find a wife for Yitzchak. After Eliezer discerns the match is Rivkah after a series of clearly Divinely orchestrated events (see Beis HaLevi, Chayei Sarah), he gifts her “a gold nose ring weighing a beka (and put it on Rivka’s nose), and placed two bracelets weighing ten gold shekels on her arms.” (Bereishis 24:22)

What is the significance of these presents? The Maharal (Derech Chaim 1:2) explains that Avraham was signaling to Rivkah that she was worthy of building the foundation of the Jewish people through Torah, Avodah and Chesed:

Why did Eliezer hint to Rivka [through the particular gifts that he gave her] about [the Ten Commandments and the Temple sacrifices]? The answer is that he saw that Rivka was a doer of kind deeds, as it is written, “If I say to a girl, ‘Tip over your jug and let me have a drink,’ and she replies, ‘Drink, and I will also water your camels,’ she will be the one whom You have designated for Your servant Yitzchak. [If there is such a girl,] I will know that You have granted a favor for my master.”

Also, regarding the Temple sacrifices it is written that they are “a pleasant aroma [to God].” This is why he hinted to the sacrifices by giving her a nose ring, something placed in the part of the body with the faculty of smell. And he further hinted to her about the two Tablets (of the Ten Commandments) by (giving her the bracelets) for her two hands. For the two Tablets parallel two hands, as it is written, “And the two Tablets were in my two hands…” They were given from the hand of God to the hand of Moshe. That is why each Tablet has five commandments on it, parallel to the five fingers on each hand. That is how Torah was hinted to by the two bracelets he put on her hands.

Avraham Avinu was driven by a search to understand his Self. The Morasha shiur on “Am I Ready To Find My Soul Mate? Part I – Discovering Your Infinite Self” explores how this search for Self so powerfully impacts one of the most, if not the most, important choice we make in life – whom we marry. By discovering the essence of the Self – that each person has a soul – we become aware, or maybe more conscious, of an entire spiritual dimension which we previously might not have considered central to our identity. The class then analyzes the implications of this discovery for marriage. If I don’t understand who I am, then how can I find my significant other? Conversely, by having a true awareness of the Self, I am better able to develop my potential, which includes having a happy and fulfilling marriage.

Click here to download, “Am I Ready To Find My Soul Mate? Part I – Discovering Your Infinite Self.”