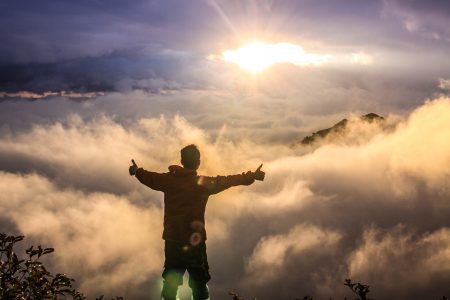 Hashgachah Pratis, or Divine Providence, is one of those principles that people tend to either believe in entirely or not at all. Some feel that every single little episode in life has meaning because G-d ordained it, while others claim that there is no such thing as Providence, and therefore everything is random. Judaism affirms the belief in Divine Providence. In fact, it counts amongst its fundamentals of faith the belief in G-d’s omniscience (that He knows everything) and that He rewards and punishes us based on our actions. But the Jewish concept of Hashgachah Pratis is anything but simplistic. In other words, we cannot know for certain why any particular thing happens to any particular person, but we can attempt to understand the general principles by which God runs the world.

How can one teach a newcomer to Judaism, or even someone with a background, a dynamic illustration of the contrasting worldviews on Hashgachah Pratis? Rabbi Yosef Salant in his sefer Be’er Yosef, explains the clashing perspectives on Hashgachah Pratis through the confrontation of the Sar Esav with Yaakov Avinu on his return to Eretz Yisroel from Charan.