OLAMI Resources   /   NLE Journal Posts   /   Responding to, and Teaching Your Students about Suicide and Euthanasia 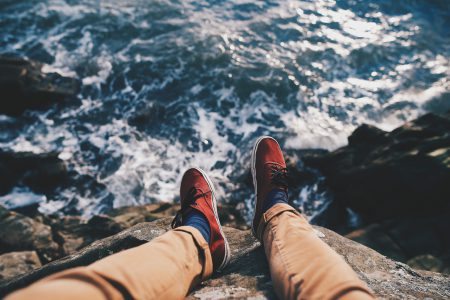 During an exciting opening Shabbos dinner of the fall semester 24 years ago, two freshmen, whom we’ll call Molly and Susan, introduced themselves and asked if they could stop by my office one day during the week. A common request seemingly to fine-tune their orientation to Jewish life on campus, we made a time and they arrived promptly.

Looking first at her friend, and then over at me, Molly began, “Susan said it would be OK to come here today to discuss her background. Susan had some challenging times during her life, has attempted suicide more than once, and would like to reach out to you for guidance.” Unprepared for the gravity of the situation, I regrouped and focused. The three of us spoke for about an hour to gain as clear of an understanding of the situation as possible.

“Susan,” I concluded, “the most important thing we can do now is make sure that you will always be safe and protected during your years at school. I am able and happy to be here for you. And I also think an important part of beginning the school year is to continue with professional counseling, as you participated in back home. Can I have your permission to call over to Student Health Services for a confidential introductory meeting?” Susan agreed, and they walked over to meet with a mental health professional.

What I had encountered on campus over two decades ago, albeit B”H resolved in a positive direction, has grown to crisis proportions without a solution in sight. The New York Times reported this week,

“Suicide is now the 10th leading cause of death in the United States… After decades of research, effective prevention strategies are lacking. It remains difficult, perhaps impossible, to predict who will commit suicide, and the phenomenon is extremely difficult for researchers to study.

The escalating suicide rate is a profound indictment of the country’s mental health system. Most people who kill themselves have identifiable psychiatric symptoms, even if they never get an official diagnosis. The rise in suicide rates has coincided over the past two decades with a vast increase in the number of Americans given a diagnosis of depression or anxiety, and treated with medication. More than 15 million Americans have been on antidepressants for more than five years, a rate that has more than tripled since 2000.”

Rabbis, Jewish educators, and mekarvim can be prepared in three areas to respond and/or address the alarming increase in suicide.

Please note that each of these three areas require serious and thorough research, and this essay is only meant to highlight the importance of further study. This essay is not intended as a source of practical halachic (legal) rulings. For matters of halachah, please consult a qualified posek (rabbi). 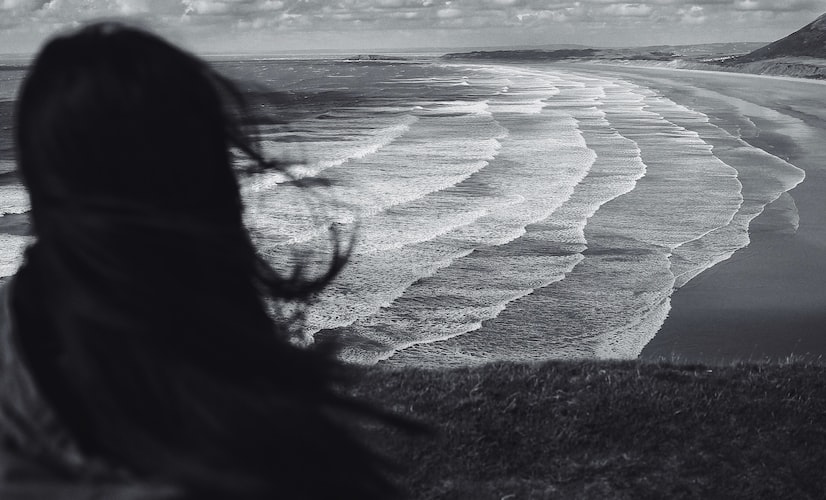 The National Institute of Mental Health states that knowing both the warning signs for suicide and how to get help can help save lives. Rabbi Reuven Leuchter teaches the importance of referring a talmid with mental health issues to a mental health professional.  We hope to feature an article by a Jewish mental health professional on how to become trained to respond to a suicidal individual. In the meanwhile, please refer to the following resources:

National Institute of Mental Health (US)

THE SUPREME VALUE OF LIFE

“The preservation of life has always been regarded as a cardinal value in Judaism. The Torah was given to man so ‘that he may live.’ The paramount necessity to save life (pikuach nefesh) supersedes virtually all the commandments of the Torah (Shabbat, Yom Kippur, Kashrut) except for idolatry, sexual offenses, and murder. Because all human beings are formed in the image of the Divine, all life is regarded as being of infinite value regardless of its duration or quality. As all mathematicians realize, infinity cannot be halved. If and when some human life is deemed to be less valuable than others, then life as a whole has gone from being infinite to being relative and the lives of us have become cheapened and debased.”

Rabbi Dr. Akiva Tatz echoes Rabbi Breitowitz’s approach and writes that pikuach nefesh has virtually no limits to the effort required by halacha when attempting to save a life. He identifies four operative principles that apply in life-saving situations (Dangerous Disease and Dangerous Therapy, p.33):

“(i) even where the risk to life is small or unclear – virtually any risk to life mandates extreme effort to avert that risk;

(ii) even where there is no guarantee that the life at risk will be saved – even a small chance of success mandates extreme effort to save that life;

and even when (i) and (ii) co-exist; that is, where the risk to life is small or indefinite and where success is unlikely in the event that the risk turns out to be real;

(iii) even where the life to be saved is of “low quality”;

(iv) even where the life to be saved is expected to be of short duration;

and even when (iii) and (iv) co-exist; that is where a life of very poor quality can be extended only for a very short period.”

What imbues life with such a lofty value? Dr. Daniel Eisenberg explains,

“Intrinsic value implies a self-contained worth, not dependent on any other source. Infinite value implies worth that cannot be diminished by any other condition. Judaism accepts these premises by insisting that life is intrinsically valuable because the Torah teaches that man was created in the image of G-d.  The value of man flows from his similarity to G-d Himself.  The essence of man is G-dly, and therefore valuable. Unlike the secular perspective, which asserts that consciousness is the source of life’s value, the Jewish perspective asserts that life is considered a gift with intrinsic worth independent of cognitive function.” 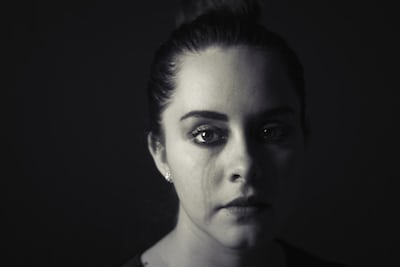 Dr. Eisenberg also points out, that while Judaism does view life as supreme, that does not mean that heroic measures are always employed to extend life or forbid abortion. For example, Rabbi Tatz writes (IBID, p. 114) that there are situations when therapies can be withheld; yet at the same time basic sustenance such as fluids, electrolyte balance, nutrition, oxygen, and if applicable insulin, must be provided. The Mishnah (Ohalot 7:6) allows abortion in order to save the mother’s life.

Rabbi Yitzchak Breitowitz asks if Judaism ever sanctions suicide? He answers as follows:

“American society has increasingly come to recognize what is known as the “right-to-die.” In the famous Cruzan case, the Supreme Court of the United States in a 5-4 decision ruled that a patient who has clearly communicated his or her wishes regarding the use of life support machinery or the provision of hydration and nutrition has a constitutional right to have those wishes respected even if the patient is not suffering from a terminal condition.

“Taking one’s life is regarded as halachically and morally improper. While we cannot personally condemn those who in the midst of unbearable pain and suffering take their own lives, we cannot encourage, condone, or participate in the commission of such an act.”

Although prohibited in most countries worldwide, euthanasia is currently legal in Belgium, Holland and Luxembourg and physician-assisted suicide is legal in Belgium, Germany, Holland, Luxembourg, Switzerland, and the US states of Oregon, Vermont, and Washington. What does Judaism say about euthanasia and physician-assisted suicide?

It is important to recognize that the Jewish approach to end-of-life issues is nuanced and complex.  The general approach of Jewish Law to medical ethics is to strictly oppose all forms of active euthanasia. Minority opinions that allow exceptions to this rule in certain situations (such as during times of religious persecution and torture) only highlight the general rule that Judaism rarely allows any action that will actively shorten the life of a human being. 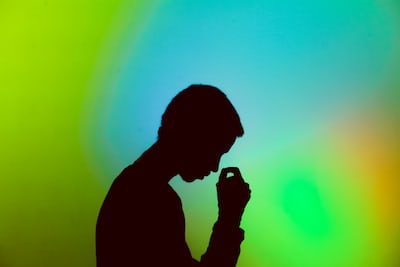 We can derive the traditional Jewish approach from a number of mitzvot and the Jewish values that they are based upon. Among these are the value of human life and the extent to which we must go to preserve it, the prohibition against all forms of murder, the guidelines for the treatment of the terminally ill, and the requirement to heal and save lives. All these factors militate against any active measures taken to shorten the human life.

“Today’s hospice and terminal care programs whose policy is explicitly or tacitly to abandon hope of cure and focus instead on facilitating a dignified death are contrary to the letter and spirit of Jewish law. Programs that define the expected outcome as death with palliation and exclude all possibility of therapeutic care as a policy are condemning their patients to a hopelessness whose torment may be worse than that of their illnesses.”

Rabbi Tatz then condemns a patient’s doctor who becomes an advocate for physician-assisted suicide, tantamount to becoming an “executioner.” He concludes that no doctor should serve in such a capacity. “The doctor should always be fighting for life wherever that is possible and must always be perceived in that role; no conflict of interest can be allowed to enter the doctor-patient relationship.”

Click here for the Olami Morasha shiur on Euthanasia and Patient Autonomy.

The Right to Die: A Halachic Approach by Rabbi Yitzchok Breitowitz

Sanctity of the Human Body by Dr. Daniel Eisenberg