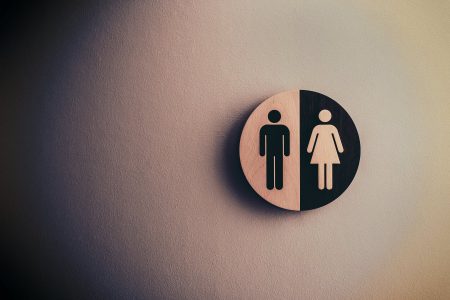 A mekarev’s job is to project his personality, to be as warm and engaging as possible, and to create lasting relationships. When a male mekarev engages this way with a female student, he is setting himself up to be attracted to the student or the other way around or both of them to each other.

A mekarev who understands the need for boundaries, can monitor those feelings, set limits and ensure that the relationship does not go further. But even so, he is putting himself in a nisayon. Stuff happens. And stuff has happened.

In many cases the student is vulnerable. Often, they are engaging in Judaism because they are going through things. They need a sympathetic ear and someone to give them comfort. They need someone to at least give them a big hug.

The mekarev is often the first “real guy” that they have met – someone who is solid, normal and focused on a family; someone who doesn’t see them as a mere convenience for a short-term relationship or, worse, a one-night stand. The student feels validated by the fact that the mekarev views them as a whole person, not just someone to go to bed with. All of this makes the mekarev very admired by the student, which often flows over into feelings.

The student will, to begin with, understand that the rabbi is off limits both as a rabbi and as a married man, although the latter – whether the mekarev is married or not – is not always obvious to the student. Even so, she might look to spend more time with the mekarev. They might talk and laugh together, and she will be looking for signals indicating how much he likes her.  She will often get confused when the rabbi comes across not just as a sage, teaching Torah and giving advice, but as someone who recruits, leads trips and is willing to talk about almost anything. This rabbi is no ordinary rabbi.

I know of several cases where the student asked the rabbi how good his relationship with his wife is. But even if she does ask outright, she may notice that the rabbi comes to events without his wife, goes on Israel trips without her, and never seems to bring her up as an example in a shiur or a conversation.

A student may want to discuss her emotional baggage, including her family history and relationships. This creates emotional intimacy, with the student feeling that she is trusting the rabbi, making herself vulnerable, and that he has now seen deep inside of her.

Through all of this, she will convince herself that she is uniquely special in the eyes of the rabbi. If the rabbi backs it up with compliments to build up her self-image, she may look to learn with the rabbi simply because he makes her feel good. She is now there primarily for the relationship.

A rabbi might find himself tense and not able to sleep at 2am in the morning. This student is awake at this hour and  she provides some relaxation and much needed tension-relief. They text back and forth, kidding around with each other. If this happens frequently, he will find himself hooked on doing this. In the middle of the conversation, she may say, “Excuse me rabbi, but can I ask you a personal question …”

Although she wants to respect the rabbi, the student has her values as well. She may not view intimacy as a contradiction to his marriage. She may see it as two different things.

A student may inadvertently send a signal to the mekarev. She may say something innocent and put her hand on his shoulder or on his hand, as stewardesses often do when they forget the drink that the passenger ordered. She may lean over to see something he is showing her, and her long hair may rest on his hand. She may touch his foot with hers, or simply say words which for her are ordinary: “Rabbi, I am so looking forward to our session today. You are the most amazing person.” The student may not be doing this deliberately. But, the mekarev may be so excited by these overtures that, in the heat of the moment, he does not withdraw. He may find himself excited at the prospects of next meeting this student, not really hoping for anything, but subconsciously, excited by her carelessness.

The student, ignorant of the laws of yichud, may feel that her room is the quietest place for herself and her rabbi to study. She may even have roommates who are around or come in and out. She may only have a desk where they can both sit next to each other to study (this whole scenario can take place with very Modern Orthodox girls as well.) The very presence of the rabbi in her bedroom, however, creates a feeling in him that he is engaging on the borders of a relationship that, even if it doesn’t go further, is fraught with a certain sexual tension. It may go further.

A mekarev may not see his students as full adults and not the type he is attracted to. However, an older or more unique student may come along. She may be more insightful and probing: “Rabbi, you are looking stressed today. What’s on your mind?” He might begin to feel emotionally safe with the student, sharing more and more personal matters.

A student may help the rabbi with a social media project and have lots of contact with him, including helping him help to project himself better.

He may end up writing some things which were harmless or meant as a joke, which the student will piece together to show sinister intent.  She will nevertheless have the presumption of innocence in the court of public opinion, resulting in the ruin of his family and career.

A mekarev might have enough self-control to prevent any of these things from getting out of hand. He might go ten years without an incident. Until once, only once, it happens.

You will be judged as a rabbi who should have set a higher standard. Your career will be ruined; your family will suffer greatly; your wife may ask for a divorce. Even if the marriage survives the crisis, there will be a great undermining of trust in the marriage.