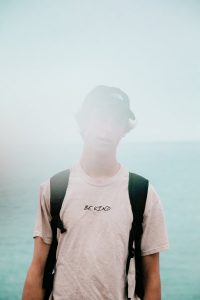 When I was studying in yeshivah in the suburbs of Baltimore, each Friday afternoon we would leave the campus to take care of errands. The only way to travel was relying on the kindness of people who had cars to give us a lift. We stood at the gate of the yeshivah and drivers would stop and ask where we needed to go. There were two types of drivers: Those who offered rides to the destination where they themselves were going, and those who went out of their way to take us where we needed to travel. Both are good deeds, but the latter is the epitome of chesed.  (Rabbi Avi Cassel)

Chesed (practicing kindness) is one of the hallmarks of Judaism. It is such an important Jewish value that most marriages, friendships, and business relationships are forged when individuals recognize this quality in one other. The Talmud (Pirkei Avos 1:2) teaches that chesed is so essential to life that it is one of the three pillars upon which the world exists.

How do we discern how to practice chesed? Rabbi Shlomo Wolbe in his sefer on Chumash (by Rabbi Yitzchok Caplan, pp. 50-51) cites the Gra that the taryag mitzvos are viewed as “general” commandments whereas the details of each mitzvah are without bounds. He marshals support for this principle from the Chumash where many parshiyos do not contain even one of the 613 mitzvos. If there are no formal commandments in these parshiyos, why would they be written? It must be that there are aspects of the commandments that can be derived from these sedras.

One illustration of such a parsha is Vayeira. Although it does not include one mitzvah, it is a genuine “Shulchan Aruch” on how to practice chessed! Avraham Avinu searches for guests in oppressive heat despite his age and in the midst of recovering from circumcision. He interrupts his conversation with God when he notices angels in “need” of hospitality. The gemara (Shabbos 127a) concludes from here that offering hospitality is even greater than greeting the Divine Presence!

Avraham offers his guests bread yet returns with a gourmet meal replete with fine tongues from three schechted cows, topped with mustard! He personally waits on them, serves each course as it is prepared, and then escorted them on their way after they finished eating. The Chofetz Chaim concludes in Ahavas Chesed, “When guests arrive at one’s home, a person should greet them cheerfully and immediately set out food for them, for perhaps they are hungry but are too ashamed to ask for food. He should provide their needs with a pleasant countenance. Even if he is worried about something, he should attempt to keep his concerns hidden so that the guest does not feel that he is inconveniencing his host.”

The Maharal (Netivos Olam, Netiv Gemilus Chasadim, Ch. 5) questions why the failure to escort guests should have such a consequence and concludes, “When someone sets out on the way and others see him off, they in effect give honor to the Divine image in which he was created. If people fail to do so, it is as if they have shed his blood, for when one is robbed of the honor due to his Divine image – this is true bloodshed.”

The gemara (Sotah 14a) relates that in fact that the Torah begins and ends with chesed:

Rabbi Simlai expounded: The Torah begins and ends with chesed. At its beginning, we learn of God’s chesed for Adam and his wife when He made clothing for them. And at its end we are told of God’s chesed when He buried Moshe (Moses).

The operative principle in practicing chesed is found to the opening words of parshas Vayeira. Rabbi Yissocher Frand writes,

At the beginning of the parsha, Avram was sitting in his tent, disappointed at not having any guests. “He lifted his eyes and behold he saw three people standing upon him. And he saw them and he ran to greet them from the opening of the tent and bowed toward the ground.” [Bereshis 18:2] There is one word in this pasuk [verse] that jumps out at us as being totally superfluous. The repetition of the word “and he saw” (va’yar) seems totally out of place. What does it add?

Rav Meir Bergman, in his sefer, Sha’arei Orah, makes a very astute observation. One of the key components in being a giving person (ba’al chessed) is not merely having a kind and open heart. It requires the ability to perceive people’s needs.

The importance of focusing on the specific needs of each individual is echoed by Rabbi Wolbe (Alei Shur, Vol. II. p. 198):

There are no objective standards in the field of tzedakah. Just as people differ in their personalities, so do their needs differ. Someone who wishes to be a true practitioner of chesed must learn to see and listen to what the other is actually lacking, what he truly needs.