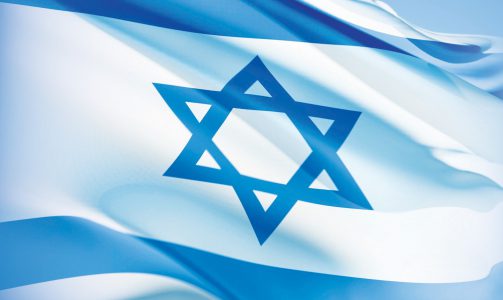 Rabbi Avraham Edelstein describes the Jewish nation’s extraordinary connection to the Land of Israel in his commentary on Parshas Masay:

“After man lost the Garden of Eden, the Land of Israel became the greatest spiritual place on earth, the link between Heaven and Earth and hence the epicenter of the world. This intrinsic holiness of the land is joined by a second extra holiness which it gains after it has been sanctified by the Jewish nation. For Jews, the Land of Israel is not just an expression of nationhood, as with other nations. A return to the land of the entire nation at the end of days is one of the central principles of Judaism. Love of the land is true of the highest spiritual aspirations of any individual as well as for the final redemption of the whole nation…

“All agree that the Land is central to our spiritual and physical well-being. Every Jew walks into his home to the sight of an unplastered square on his wall as a continuous reminder to the incompleteness of our current state. The Jewish people can only reach its full flowering on its own, holy land. Does not every groom put ashes on his head to reduce his joy and say:

Let my tongue cleave to the roof of my mouth, If I do not remember you, If I do not set Jerusalem above my highest joy! (Psalm 137:6)”

Rabbi Mordechai Becher highlights in Gateway to Judaism (p. 259) that in fact the first commandment God gave to the first Jew in history, Avraham Avinu, was to travel to the land of Israel.

Go [for your benefit] from your land, from your relatives and from your father’s house to the land that I will show you (Bereishis 12:1).

Rabbi Edelstein further relates that the Land of Israel is most conducive for the spiritual development of the Jewish people:

“We see, says the Kuzari, that different climates and soil are good for different types of people, fauna and flora. Even the best care of grapes on the wrong soil will not produce quality wine-grapes. The Jewish people can also grow anywhere, but will only flourish on the soil of the Holy Land, a land just one level below that of Gan Eden. There is a natural spiritual harmony between the soul of the land and the soul of the Jew. The land of Eretz Yisrael also gives a push up to all those who try to grow spiritually. The very act of walking four paces on its soil generates spirituality.

“Since the purpose of the Torah is to direct the Jewish people in how to bring the Shechina into the earth, the Land of Israel has been described as the Soul of the Torah. In an ideal world, the world would be comprised of the Holy Land alone, and all of the world would be described as being לפני ד’, as the Land of Israel is today. In the world of today, the other lands receive their nurturance through the Holy Land as a limb receives from the heart.”

Rabbi Friedlander explains, “The purpose of leaving Egypt was to receive the Torah. We received the Land of Israel as an ‘instrument’ or a means with which to fulfill the Torah. We have no other purpose in [living in] the Land of Israel apart from this. The Jewish people did not receive the Land of Israel in the same way that other nations need a piece of land to ensure their physical survival. The Jewish people were born in the desert after leaving Egypt. We received the Torah there, and were taken from there as ‘a kingdom of priests and a holy nation’ (Shemos 19:6).

“We did not become a nation by settling together in the Land of Israel. Rather, on the contrary, through our being a [unified] nation we received the Torah, then we remained in the desert for forty years eating manna, and only after all this did we receive an additional ‘instrument’ with which to fulfill the Torah – the Land of Israel.”

Finally, the Land of Israel is perceived as a model society for the world. Individuals in a Jewish society will play different roles, but are all bound by a common spiritual and moral mission and outlook in life. Rabbi Samson Raphael Hirsch explains in his commentary on Bereishis 48:3-4, “The Jewish nation is to represent agriculture as well as commerce, militarism as well as culture and learning. The Jewish people will be a nation of farmers, a nation of businessmen, a nation of soldiers and a nation of science. Thereby, as a model nation, to establish the truth that the one great personal and national task which God revealed in His Torah is not dependent on any particular kind of talent or character trait, but that the whole of humanity in all its shades of diversity can equally find its calling in one common spiritual and moral mission and outlook in life.”

Rabbi Becher makes clear that the Land of Israel is intended to be the place to which the people of the world look for guidance in moral behavior:

“The tremendous media scrutiny of Israel and the extraordinary amount of attention paid to this tiny country in the Middle East may well be due to the fact that, deep down, people expect something more of Israel and the Jews. There is a sense that the State of Israel should have higher standards than its neighbors and the rest of the world – and indeed it should. This idea is beautifully expressed in the following verses in the Book of Yeshayahu/Isaiah (2:3):

And many nations will go and say, ‘Let us go and ascend to the mountain of God, to the Temple of the God of Jacob; and we will be instructed in His ways, and we will walk in His paths’; for from Zion shall come forth the Torah, and the word of God from Jerusalem.”