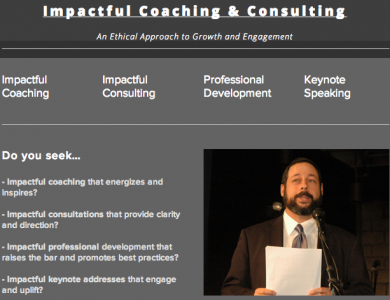 In our first post, we set the stage for our discussion on leadership by introducing Shemos 32, which details Moshe Rabbeinu’s (Moses’) response to the creation and service of the eigel hazahav (golden calf), as a paradigm for crisis management. The chapter opens with Moshe atop Mount Sinai. He had been there for a number of weeks, learning Torah and preparing to transmit it to his nation. The date was 16 Tammuz, the day that the nation had circled on their calendars as the time of his return. But the day came and went without their leader’s arrival.

His perceived delay resulted in widespread angst amongst the people. Moshe was G-d’s emissary, the conduit of His word and revelation. Nervous and uncertain about their collective future, the people confronted his brother Aharon (Aaron) and demanded that he “make (them) a god who shall go before (them).” The encounter ultimately resulted in the formation of a golden calf and a proclaimed day of celebration, complete with sacrifices.

The dialogue that followed next is most fascinating and instructive. G-d sent Moshe down from the mountain, telling him that “his” people are corrupt, idolatrous and stiff-necked. G-d told his faithful servant to “leave (Him) alone”, so that He could destroy the nation.

Clearly, Moshe had established himself as a genuine leader that cared deeply about the nation. G-d called them “his (i.e. Moshe’s) people,” and left the door open for the leader to intervene on their behalf. Rashi tells us that the directive of “leave Me alone” preceded any action taken by Moshe. It was as if He was inviting Moshe to pray and alter the edict of destruction that had been issued.

Though certainly distraught by the news of his nation’s deviance and misconduct, Moshe did not flinch. He beseeched G-d for mercy, using three powerful arguments to frame the issues and achieve his goals.

1.      Why are you so angry against your nation? Moshe argued that the people were far more G-d’s than they were his. He was the one who had extracted them from Egypt with open miracles. It was He who needed to take responsibility for their welfare and demonstrate care and concern in bringing them back along the path of repentance and fidelity.

2.      Why give the Egyptians the basis to suggest that You brought us to the desert to die? Think about how this decision will reflect upon You, aside from the impact that it will have on us. The desecration that this will cause to Your name is unbearable to even consider.

3.      Remember the promise that you made to our forefathers. How can You, as the ultimate arbiter of truth, renege on Your promises? This is especially true when you consider who the avos were and what they did to achieve the special assurances that they received. It would be immoral, so to speak, for You to not fulfill Your word.

We will elaborate further on these arguments and their implications in our next post, as well as to explore the incomprehensible reality that Moshe does not take G-d at His word.