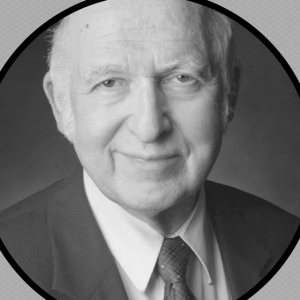 It was right after Pesach of 1979 when the letter arrived. It was from Israel, from a small town called Alon Shvut.  I trembled as I carefully opened the envelope. As my eyes read the eloquent Hebrew letter, a tingle went down my spine. Little did I know then, that the contents of that letter would be life-altering.

The envelope contained my acceptance letter to the “Harvard” of the Israeli Hesder yeshivas: Yeshivat Har Etzion. The yeshiva was jointly headed by Rav Yehuda Amital and Rav Aharon Lichtenstein, but Rav Lichtenstein was the primary pull for the American applicants. “Rav Aharon”, as he was affectionately referred to, was anything but ordinary.

He was the son-in-law of the “Rav”- Rav Yosef Dov HaLevi Soloveitchik zt”l and he was a great talmid chacham in his own right.  He was brilliant and insightful, he had “Shas” on his fingertips, and he earned a PhD from Harvard in English Literature.  He would quote Milton and Maimonides in the same sentence, and he davened with the zeal of a chassidic rebbe.

He was all this and much more; however, for me most importantly, he was my Rebbe.  He cared about me and gave me time and attention.  When there were difficulties in my life, he was there for me. And when there was pain in my life, he shared my pain.

Many of his shiurim were beyond my feeble mind; however, I loved my Rebbe because I knew that he loved me. When he invited me to his sukkah for a Hoshanah Rabba seuda, I was thrilled to be in his presence. Although I was not at all one of the “stars” of his shiur, I realized there was one way I could get close to him.

Every day, I arrived early to the beis medrash and I would carry his small Shas and two volume set of the Rambam (which he kept in a small wooden bookshelf on his desk in the beis medrash) to the shiur room.  I had to get there before he did, because if he arrived first, he would not allow me to carry the sefarim for him. I was so proud to carry his seforim for him.

During the Yom Kippur War, when the buses arrived at the yeshiva to pick up the “boys” and to bring them to the front, the boys asked their commanders for one minute to go to the beis medrash and ask Rav Aharon for a bracha before they went out to defend the Jewish people.  The Rebbe was nowhere to be found. Crestfallen, the boys disappointedly began to board the buses. Suddenly an apparition appeared; it was the figure of a tall, lanky figure clad totally in a white Kittel running towards the buses carrying something white.

As the figure neared, the boys were awestruck as they realized what they were witnessing. They were witnessing greatness. “Rav Aharon” was the apparition and he was running towards the buses with his hands laden with rolls of toilet paper. As he breathlessly approached the boys he blurted out, “I want to help in some way; so I figured that in everyone’s haste to leave on Yom Kippur perhaps no one had remembered to bring this vital necessity!”

His head was in the heavens; however, his feet were firmly planted in this world.  I hardly slept Monday night as I thought about my rebbe. At 3 AM, I connected to the live hook-up to be a part of the levaya. Someone asked me why I had to get up at 3 AM to see it live; couldn’t I just have listened to it later in the day?  I could have; however, my Rebbe gave me much more than two or three hours of his precious time during his lifetime, I certainly should give me him back three hours of my sleep time. When I was still a teenager he was there for me, and when I was married he was still there for me; I now wanted to be “there” for him. I miss him.