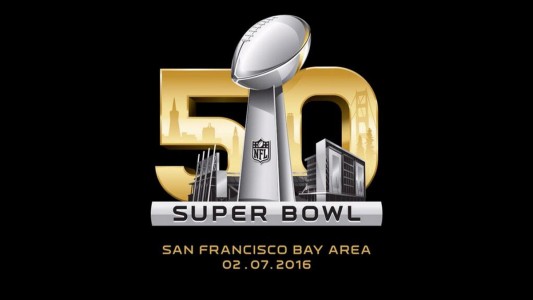 The upcoming Super Bowl is perhaps the biggest event in our country. Nearly half of all Americans watch it. While we do not encourage our fellow Jews to spend time on this, the reality is that many do follow it one way or another. As such, it behooves us to take away some lessons which we can learn and use them as tools for growth. As the Talmud, Eruvin 100 tells us, “If the Torah had not been given, we would have learned modesty from the cat, avoidance of theft from the ant, etc.”

This past year’s 2015 Super Bowl was close until virtually the last play. The New England Patriots were protecting a slim lead, but after an acrobatic 33 yard pass to Jermaine Kearse and a four yard run, the Seattle Seahawks were one yard away from scoring. Seattle Head coach Pete Carroll decided not to run the ball with his superstar running back Marshawn Lynch (also known as ‘Beast Mode’ because he is so hard to tackle) and instead had his quarterback Russel Wilson attempt a pass. The ball was intercepted by little known New England cornerback Malcolm Butler and the game was effectively over. New England celebrated their fourth Super Bowl title.

We can learn the following lessons:

1) Yesh Koneh Olamo B’shaah Achas. One can acquire his world in one moment. While Chazal made this statement regarding Olam Haba, this is sometimes true in this world as well. Malcolm Butler was an unknown, unwanted and undrafted cornerback from tiny West Alabama University. Yet New England coach Bill Belichik signed him and let him play. Butler recognized the last play that Seattle was calling and jumped in front of the receiver that he was covering, intercepting the football. He has now gone on to football immortality. You can be sure that even if Butler never plays another game in the NFL, New England fans will remember him forever and he’ll be invited back to their games as long as he lives. He will probably be honored for his Super Bowl saving play decades from now.

Life is made up of many small moments. Yet there are always some defining thoughts, statements and actions that inspire us and put us on a path to our destiny. Sometimes they come from within ourselves and sometimes they are moments created by our parents, friends or teachers. We should savor these moments as they help build our eternity.

2) Hasmadah and Chazarah are the Ikar of Torah Learning. Ask any Rebbe and he’ll tell you that in order to become a Talmid Chacham, one needs to be diligent and constantly review what one has learned. One must grab even small breaks of time and use them productively, for they add up and make us great. Five minutes here, ten minutes there, can create a Gadol.

When Malcolm Butler was asked how he made such a great interception, he replied that he recognized what Seattle was going to do based on the formation that Seattle receivers stood in – one behind the other. He recognized that the lead receiver would push forward, while the trailer would cut in. Butler jumped the route and snagged the pass out of the air. How did he know what Seattle was going to do? He said that he had spent time studying films of the Seattle plays.

We can imagine what goes on in a football practice facility. Probably the players are tired and don’t want to watch films of the other team. The coaches chide them not to waste time. Undoubtedly, some of them spent their film sessions chatting and having fun. Yet Butler was a masmid. He invested extra time to analyze the opposition which helped him make the play that will define him for the rest of his life and has made him the hero of New England.

3) Greatness comes through small steps. There is a football adage from Ron Jaworski, a former American football quarterback and currently an NFL analyst on ESPN, that goes: “You have to pass to score and run to win.” This means that in order to score points, one needs big passing plays to move the ball down the field and pick up chunks of yards. Yet in order to win, one needs a productive running game which can slowly move the ball down the field, keep the ball on your side, is not risky and eats up the clock. Teams need to both score and win. While Jermaine Kearse’s phenomenal 33 yard catch put the Seahawks in a position to win, it was the inability to get a single yard which cost them the game. Seattle’s Coach Carroll could have simply chosen to ‘run to win’ on that final, fateful play and get the tough yard, but instead he chose to pass, but lost the game.

This principle is true in Yiddishkeit as well. We have moments of inspiration that help us grow and take big steps in our relationship with Hashem. An inspiring shiur, a Neilah on Yom Kippur, a beautiful Shabbos help us leap forward in our relationship with Hashem. But in order to maintain this and become truly great, we need to have consistency in our daily avodas Hashem, even when it becomes tedious. We must perform acts of chessed, daven with a minyan and go to learn Torah, even when we aren’t in the mood. It is the day-to-day routine, reinforced with periodic flashes of inspiration, which makes great people become who they are.

May we be zoche to use all of our experiences to become great people.

Rabbi Meir Goldberg is the director of Meor Rutgers Jewish Xperience at Rutgers University. He can be reached at mgoldberg@meor.org