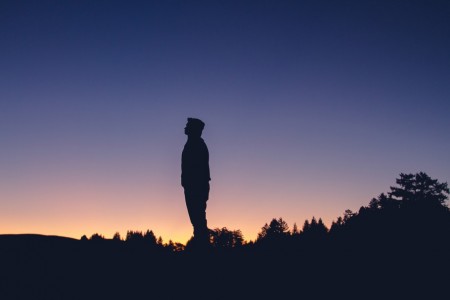 He attends Shul daily, however, I never seem to find the opportunity to engage him in conversation. He always appears as if he never has enough time in the day to do what is incumbent on him to do. Often, just when I think I can chap a schmooze with him, someone else comes over and he ends up speaking to that person for what seems like an eternity. He is harried; yet, when I see him speaking to people he certainly attempts

to give the person his full attention.

I decide that after Minyan I will corner him. Yet, when I approach him he tells me he has an appointment waiting for him in his office. I figure I will just show up at his house and knock on his door. His wife tells me he is in Shul. Why can’t I figure out who this guy is? I just can’t figure out what makes him tick. I must get to know this fellow; after all, he is in my Shul daily – it’s my responsibility to connect with him.

I resolve to walk him home from Shul one morning and pretend as if I am going his way. To my utter surprise, as I wait for him to exit the Shul I see that there are others who have gathered around him. What are they asking him? He seems somewhat baffled by the attention; however, I see he is making a genuine attempt to speak politely and sincerely to everyone. I cannot figure this complex man out. He is simultaneously shy and extroverted; he is reserved, yet, he can be quite loquacious. Often he seems hesitant and humble while other times he is quite outspoken and outright bold.

Either way, I just cannot connect with him in a meaningful way!

It is my job and my job alone to connect with this mystery man who is seemingly always at the Shul and yet so difficult to just sit down together and have a cup of coffee. “That’s it!” I tell myself as an epiphany takes hold of me. I will invite him for breakfast at the local  bagel store – what Jew can refuse a free bagel and cream cheese? I make sure that I am by him right after Shacharis and before he can even take off his Tefillin I say in a friendly, sociable way, “Hey, how about coming with me to the bagel store for breakfast – my treat!” He looks as if he is about to accept my invitation when abruptly he demurs and without any additional explanation he simply says, “Sorry, I really appreciate the offer; however, I cannot go.” And with an apologetic look he excuses himself and departs. It appeared as if he really wanted to go with me, why couldn’t he?

One evening he was davening at the 11:45 PM Maariv, which was rare for him. He looked especially tired and worn out and I could tell his normal defense system was down so I decided to exploit his vulnerability. “Reb Yid, tell me, who are you? I see you around all the time. You seem to be known; however, I really don’t know you and have not found anyone who can honestly say they know who you are! Please tell me, who are you?”

He looked up at me and with a voice tinged with sadness and with a reluctant acceptance of his reality simply said, “Rabbi, thank you for inquiring about me. You are correct in realizing that I am often seen speaking to people who seek me out. Indeed, I can honestly say that I have many admirers; however I also have more than a few detractors. It is also true that I am rarely alone, but in reality I am extremely lonely. And although I have many devotees, I have few real friends. You ask who I am. Rabbi, you know exactly who I am… Rabbi, I am you.”