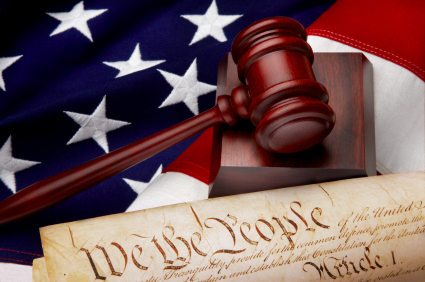 On the morning after the historic upset in the election, the chazzan at the minyan I attended finished the repetition of the Amidah and something unusual occurred.  One person called out “Hallel,” indicating that for him it was a miraculous day in which we should sing out to the Almighty in appreciation. Immediately, another person called out “Tachanun,” proclaiming the day as one of sobriety and sadness. Both reactions were terrible and inappropriate disruptions to davening, but they reflect the deep divide across this nation.

On Wednesday, many people were euphoric, celebrating what they consider a miraculous victory that will herald in a new era for America. Many others were despondent, grieving and mourning for what they consider a national calamity and tragedy. Indeed, universities across the country considered canceling classes to allow students to absorb the results and many professors postponed exams.

On the one hand, thousands have taken to the streets protesting the election results and the president-elect. A group is attempting to form a movement to convince Californians to secede if Trump is president.  A letter has been circulating entitled, “Open Letter From American Jews” that is addressed to “everyone who is threatened by the president-elect and his administration,” and asking people to sign.  And perhaps the most extreme response, as reported in Ha’aretz:  “U.S. Synagogues Invite Grieving Jews to Sit Shiva Together After Trump Victory.” On the other hand is a group that is triumphant and jubilant, proclaiming with absolute confidence and certainty that the economy will improve, the US-Israel relationship will thrive, and that indeed, America will be “great again.”

The same pundits and pollsters who grossly miscalculated the election have not hesitated to offer their opinions on how and why the upset occurred and what the future will now hold for every aspect of American domestic and foreign policy.

Both those who are grieving excessively and those who are celebrating jubilantly are making the same critical mistake.  With unintended hubris, both groups presume to know exactly what the outcome of this election means and what the future holds.  While an elected official’s campaign speeches and promises certainly give an indication of what they hope to accomplish and what policies they will pursue, never forget that the future is not entirely up to them.

As observant Jews and people of deep faith, we must not fall prey to the mistake of the both the haters and the lovers of our president-elect.  Long ago King Shlomo (Mishlei 21:1) taught us, “Palgei mayim lev melech b’yad Hashem, al kol asher yachpotz yatenu – The heart of a king is like a stream of water in the hand of Hashem, wherever He wishes, He will direct it.”

It is only natural and expected that when losing a loved one or suffering a painful setback one mourns and grieves.  However, the Rambam writes (Hilchos Aveilus 13:11) that while it is acceptable and even encouraged to mourn, it is prohibited to mourn excessively.  On the prohibition to cut one’s skin in reaction to suffering the death of a family member, the Ramban writes, grieving excessively suggests that one doesn’t believe in God, the afterlife, the world to come, or the reunion of souls.

When one mourns and laments hopelessly he has erased God from the equation and fails to trust in His Presence and His Divine plan.  Similarly, Chazal tell us not to experience unrestrained celebration or laughter.  Only when redemption comes, “Az yemalei sechok pinu – Our mouths will be filled with unbridled laughter and happiness.”  Until then, we must be cautious with our joy and careful with our delight.

Both excessive mourning and extreme celebration presume to fully understand the meaning and implications of a particular event or experience.

We say every single day in our davening, “Al tivtechu b’nedivim – Don’t place your faith and trust in princes and diplomats.” As believing Jews, we recognize that ultimately it is the Master of the Universe who orchestrates domestic, foreign and all policies and their consequences.  To be a student of Torah and of Jewish history is to see the Almighty’s guiding Hand.  His Hand guided our history and ultimately it is His Hand that will guide our destiny.

It is not only as observant Jews and people of faith that we believe it is God who guides the world.  On every bill in our currency and adorning the House of Representatives is the phrase  “In God We Trust.”

So yes, we campaign, lobby, and advocate for our candidate and on behalf of the policies that we think are best.  But when the election is over, when the dust settles, it is with deep humility and profound modesty that we place our trust in God.

None of us, the haters, lovers, or those in-between, know with true confidence what this election means for America or for Israel.  It is understandable to be disappointed or to be jubilant, but don’t be arrogant.  Let the pundits pontificate.  As Torah Jews, we pray. Whether you are desperately worried about the future or tremendously hopeful, channel that feeling into heartfelt prayer to the One who holds not only the key states, but the keys to everything, Hashem.