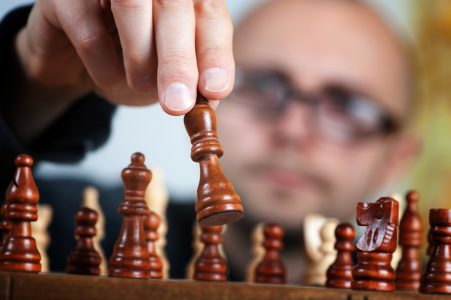 Most people think of themselves as “good” people. In fact, I have often heard from those who are less than scrupulous or meticulous with halacha (Jewish law), “I am not be so careful about observing Shabbos and I may eat dairy out, but to me Judaism is about being a good person and that is what I focus on.” Recently I have been thinking about what we mean by “good” and what exactly it is to be a good person. Who is a good Jew and what is the goodness we strive for?

It is instructive to consider – what does it mean to be a “good American?” Ask the average person and he will tell you being a good American means not cheating on taxes, not disobeying the law and not being generally unpatriotic. The truth is paying taxes and following the law doesn’t make you “good,” it just means you aren’t “bad.”

Let me give you another example: If there is a security guard at the building you work in and every day when you pass him by you say good morning, have you done something good? It seems to me you haven’t done anything particularly righteous or noble, you have simply avoided being rude. Saying good morning doesn’t make you good; it just means you aren’t bad.

The distinction may seem inconsequential and perhaps even just a case of semantics. But I believe it is highly significant. I think we have dumbed down what it means to be good. We have lowered the bar so much that our expectation of being good is actually to just avoid being bad. Don’t cheat, don’t steal, don’t be dishonest, don’t murder, don’t rape, don’t pillage, and you are good. Perhaps it is because not being rude, discourteous, or dishonest has become so unusual in our time that we fail to recognize that being polite and honest doesn’t de facto make one good, it just means you aren’t bad. While such neutral behavior may in fact meet the secular definition of good, the Torah demands so much more of us to be called good.

The entire system and framework of our sacred tradition is designed to mold, shape, and form us into truly good people. In secular law if you see a lost object you have done nothing wrong if you keep walking. According to Jewish law, however, you are mandated to stop and to seek to find its rightful owner. According to secular law if you see someone struggling for his or her life you are free to close your eyes and pretend you didn’t see anything. According to Jewish law, lo sa’amod al dam rei’eicha, you must intercede to save a life. Secular law is silent on interpersonal relationships while Jewish law legislates visiting the sick, comforting the mourner, and hosting guests as binding obligations, not merely suggestions.

Defining goodness accurately is important so we can set an appropriate bar and expectation to strive to achieve what being good really means. Rotating Shabbos meals with my friends doesn’t necessarily make me good. Hosting someone I don’t know well but who needs a meal, or inviting a stranger I met in shul or calling the chesed committee and asking who could use an invite – that would make me truly good.

We should not and must not be satisfied with only not being bad. A life of true Torah observance is supposed to yield a life of goodness, kindness, sensitivity, empathy, charity, generosity, honesty, integrity and most of all Godliness. As I have shared before, the question that plagues me is with all the Torah learning, all the observance and at times even all of the stringencies, are we achieving the goodness which is the purpose of it all?

If we could develop an experiment made up of five or ten tests for goodness such as leaving a wallet and seeing if it is returned, how would our communities score? How would we compare to other denominations of Judaism that don’t embrace the same adherence to Torah and halacha, or to those that follow halacha rigorously and super-stringently? If the proverbial plate were passed around our shuls, would we have the same percentage participation as the Church down the road?

Don’t get me wrong. I am well aware of the incredible, substantive “good” going on in the Orthodox community today. Networks of chesed, tzedakah, bikur cholim, Tomchei Shabbos, Shomrim, Misaskim and Hatzalah are just a few examples of coordinated, elaborate efforts of goodness. However, with all of that, I am not entirely confident how we would score on the hypothetical experiment I mentioned before. Nor am I confident in how we would compare to other religious groups and demographics on such a test. That lack of confidence in itself is deeply troubling and disturbing.

So what is it to be good? Our prophet Micha (6:8) asks (in the Haftorah of Parshas Balak): “He has told you, O man, what is good, and what does Hashem seeks from you? Only the performance of justice, the love of kindness and walking humbly and modestly with your God.”

It is time for the Torah community to evaluate – are we fulfilling what Hashem seeks from us? Are we meeting the standard of goodness that He has set for us? Are we pursuing justice, performing kindness and living humbly? If we are not, if we are coming up short, shouldn’t we consider why?

Kashrus is supposed to give us greater self-control and discipline. Are we more disciplined as a result of observing it? Shabbos is designed to help us disconnect from technology and work and connect to our family and Hashem. Are we more connected in meaningful ways after we keep Shabbos? Davening to Hashem for our daily needs should make us humble. Are we humble each time we leave davening? Watching our words and being selective in what we look at are supposed to make us holy. Are we in fact leading holy lives?

Perhaps we need to reevaluate our educational emphasis or maybe rabbis need to rethink the focus of our sermons, classes, programs, scholars-in-residence and seminars. Perhaps we need to make volunteering in some capacity a mandatory requirement of membership in a Torah community. Maybe pursuing justice should be a standard part of the agenda of shul board meetings.

I don’t have all the answers and this is most certainly not the space to try to develop the thoughts that I do have. What I know is that if we want greater Shabbos observance, Kashrus adherence and halachic commitment from our children, demonstrating how an observant life leads to a life of goodness will likely be much more productive than enforcing stricter rules and more biting punishments.

My friends, let’s not be satisfied with simply not being bad. Let’s try to truly be good by pursuing justice, performing acts of kindness, and improving our modesty and humility.