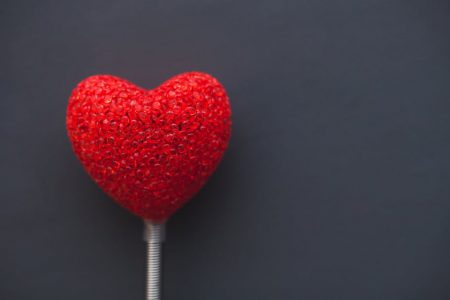 The importance of each individual is certainly something that we are all aware of. We see at the outset of this week’s parasha (as well as countless other sources) that Hashem loves each of us, independently and collectively, and views our very existence as an opportunity to demonstrate that love.

The Lord spoke to Moshe… saying, “Take the sum of all the congregation of the children of Israel, by families following their fathers’ houses; a head count of every male according to the number of their names.” (Bamidbar 1:1-2) Because they were dear to Him, He counted them often. When they left Egypt… when [many] fell because [of the sin] of the golden calf… when He came to cause His Divine Presence to rest among them… on the first of Iyar, He counted them. (Rashi to verse 2)

Sometimes, however, we get so bogged down by our own needs and responsibilities that we forget that to be part of Hashem’s nation means to share His devotion, compassion and love with every Jew, particularly those who need it most. In that light Rav Shmuel Kaminetsky, shlita, once drew particular attention to the fact that kabolas hatorah was experienced not by individuals, but by an entire nation, millions of people who stood around Har Sinai with a singular sense of purpose and destiny.

Unity and communal connectivity are prerequisites for receiving the Torah. They speak directly to its fundamental status as a national guide, a means through which we learn to better interact and appreciate one another. They also serve as the basis for our own personal acquisition of its wisdom. “The knowledge of the Torah can be acquired only in association with others.” (Berachos 63b)

Perhaps this is why the period that directly precedes our receiving of the Torah has come to be identified with the central issue of bein adam l’chaveiro (interpersonal matters). As we know, one of the defining aspects of the sefirah period is the expression of mourning in commemoration of the death of Rabbi Akiva’s 24,000 students during the early-second century CE. Yevamos 62b states that all of these great men died between Pesach and Shavuos because they did not treat each other with ample reverence.

Further complicating matters is the parallel account of this event recorded in the Bereishis Rabbah 61:3. The midrash states that the reason behind their deaths was not due to a lack of respect, but rather the fact that they “looked grudgingly” at (i.e. were envious of) each other.

This problem of envy would later become so clear to Rabbi Akiva that when he started teaching again with a small group of new students he first warned the, “My sons, the earlier ones died only because they begrudged each other (knowledge of the Torah). See to it that you do not act similarly.” Duly counseled, these new students, who included such future luminaries as Rabbi Meir, Rabbi Shimon, Rabbi Yehuda and Rabbi Yose, achieved such collective greatness that they “filled all of Israel with Torah.”

The Ponevezher Rav, zt”l, explains that these two different explanations for the death of these 24,000 students are not in fact conflicting. Rather, they express two aspects of the same issue. The more visible component was the lack of respect between students. However, the basis for that disrespect was their inability to tolerate each other’s’ greatness, perceiving that somehow it took away from own their rightful status.

Rabbeinu Yonah, writing in Shaarei Teshuva (3:160), explains that one can fulfill all of the mitzvos to the fullest degree and still be one who hates Hashem if he is bothered when he sees others serving Hashem as well. Such a person is not serving their Maker out of a true desire to fulfill His will, but rather for the purpose of enhancing his own personal stature.

This is not to say that Judaism categorically frowns upon human envy. On the contrary, jealousy that inspires one to achieve greater heights, known as kin’as soferim, is permitted and even encouraged. However, envy that fosters a feeling of resentment can only bring pain and destruction. The former looks up to his colleagues, continuously aspiring to reach their lofty levels. The latter seeks to bring his friends down to his level, and belittles their accomplishments.

These great students of Rabbi Akiva died because they made improper, selfish use of the Torah. “He who makes improper use of the crown of Torah passes away.” (Avos 4:5) They were punished specifically during the sefirah period because they failed to uphold the honor of the Torah during this period in which we ready ourselves to properly receive it.

As z’man matan toraseinu (the period of giving of the Torah) draws near, let us remember the important lesson shared by Rav Shmuel. The Torah was not given to a collection of individuals. Rather, it was bestowed upon a nation, a group that viewed each other as a central and crucial part of the process. Thinking in such terms will not only draw us nearer to one another, but position us to receive the Torah as a more sublime and fulfilling level than otherwise possible.