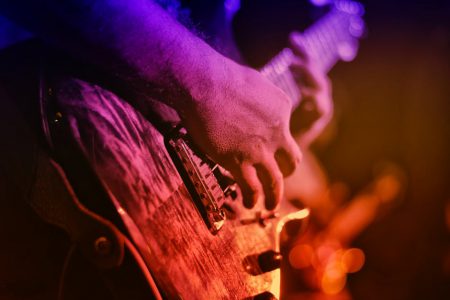 Music affects most people profoundly. Music that touches us affects our emotions, mood, and enhances our feelings. Studies have shown that music even affects the fetus of a pregnant mother, and that the effects often remain later in life. The idea of music’s effect on the fetus was already known thousands of years ago, as the Sages said that even in the womb, the fetus sings a type of music. The combination of lyrics and music can sometimes change our attitudes. For the religious person, music is the language of the soul. Since music is connected to the spirit of man, every religion has its own unique melodies and compositions. How does Judaism view music? How does music continue to impact Judaism and Jews today?

ALL OF JUDAISM IS AFFECTED BY MUSIC

Music is present in and impacts all aspects of Jewish religious life, even today. In prayer, the specific melodies of each prayer service set the particular mood for each particular service. Each melody is called a Nusach, and the Nusach for the daily Morning Prayer differs from the Afternoon Daily Prayer, which differs from the Evening Prayer. The mood and music of each service is intentionally different and is represented by each prayer service’s unique Nusach. Certain parts of the prayer are required to be sung in melody. Shabbat has its own unique Nusach, as do the Jewish holidays. The rabbis emphasize that the melodies of Shabbat should be different from the melodies of the weekday prayer.  The regal atmosphere and seriousness of the Days of Awe can be felt by the particular Nusach of Rosh Hashana and Yom Kippur. The month that contains many Jewish holidays is named Tishrei, which, according to one opinion, is derived from the Hebrew word Shira – song, and the name of the holiday of Pesach, according to one opinion, is derived from the two Hebrew words Pe Sach – the mouth speaks/sings.

Another example concerns the prayer announcing the New Moon and upcoming month. Some have the custom that the melody in this particular prayer should be sad in announcing Rosh Chodesh Av, to reflect the mood of this specific month. Thus, Jews do not recite many prayers, but they actually sing them.

Central to Jewish life, along with prayer, is Torah learning. Even here, specifically in learning the Talmud, there is a specific sing-song chant in the way the Talmud is read and studied. Anyone who has entered the classic Beit Midrash has heard the melodies of Jewish learning. The rabbis of the Middle Ages write that a specific melody was learned for reciting the Talmud before it was written down, in order to remember it better. Shelah writes that those sections of the prayer service that come from the Talmud should be sung in the “melody specific to the reading of the Mishna.” Thus, the Talmud is not only learned, it is chanted.

Jewish Scripture also has its unique melodies. The Torah must be read with the specific melody called the trop, indicated by the music notes found in most Chumashim-Torah texts today. The Talmud frowns upon  anyone who does not read the Torah publicly in the synagogue with the correct musical notes, and the rabbis rule that if the wrong notes are recited (in many cases), one has not fulfilled the obligation of reading the Torah in the synagogue. The Haftorah, words of the prophets, read each Shabbat after the Torah reading, has a different melody than that of the Torah. Each Megillah read on different holidays has its own melody, reflecting the atmosphere and mood of the holiday. So, for example, the sadness of the Temple’s destruction can be heard in the sad melody of the Eicha Megillah read on Tisha B’Av night and again in the Tisha B’Av Haftorah the next day. Megillat Esther has a happy melody, reflecting the joyous nature of the holiday and the final outcome of the story. (In fact, it is customary to read the sad parts of Megillat Esther to the melody of Eicha read on Tisha B’Av).

According to Rabbi Yonah, adding Jewish song to any regular meal can turn that meal into a Seudat Mitzvah, a repast of mitzvah. Thus, music is an integral part of all of Jewish religious life.