OLAMI Resources   /   NLE Journal Posts   /   What Goes Around Comes Around 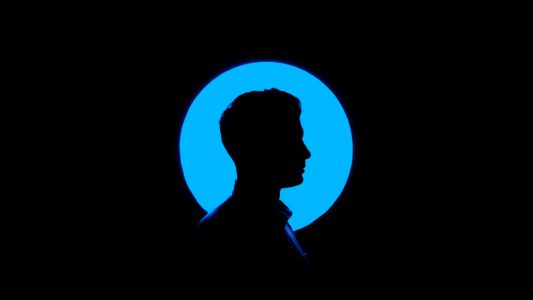 As I look back at my childhood years, one individual remains etched in my memories from over half-a-century ago. That larger than life figure is unquestionably the Chofetz Chaim zt”l. Even as a young boy, I can recall hearing incredible anecdotes of this physically small man who was a spiritual-giant towering head and shoulders above all.

I remember hearing how someone was upset with one of his halachic rulings and pushed the Chofetz Chaim in the mud. I was awed when I learned that his only response was to run after the man while shouting, “Don’t worry, I forgive you!”

His dedication to disseminating the statutes against gossip amongst all of Jewry remains his greatest legacy. The fact he was able to single-handedly influence his generation and generations of Jews to come, to at least attempt to curb their tongues and watch their speech is miraculous. He changed the world for the better, and we are forever indebted to this “simple Yid” from Radin.

Recently, I witnessed first-hand the wisdom of the Chofetz Chaim in his attempt to dam the floodgates of loshon hora and the benefits it would bring to all. It follows that those who choose not to follow his sagacious advice would be subject to the deleterious and destructive consequences of their non-conformance to the law.

Laibel Schlechter (names changed) was an individual who qualified as being a “Baal Loshon Hora.” As much as I implored him to cease and desist from hurtful and injurious speech, my pleas fell on deaf ears. One of his most frequent targets was his next-door neighbor. Hershel Eidelman was the best next-door neighbor anyone could daven for. He was respectful, minded his own business, never made noise and made sure to keep his property immaculate.

Nevertheless, for twenty years, Laibel maligned the Eidelmans and broadcasted his criticism of them all over town. He claimed the Eidelmans were inattentive to snow removal. This was an entirely fraudulent charge as the Eidelmans not only shoveled their own walkway, they also shoveled Mr. Garrabidi’s. Mr. Garrabidi was an elderly Italian neighbor who could no longer shovel snow. Laibel would complain because the Eidelmans first did Mr. Garrabidi’s driveway before their own. Laibel also complained that their lights on Shabbos did not go off until 11 PM, preventing him from sleeping. He never bothered to mention that he could have lowered his own shade to prevent the light from shining into his house, he was just too lazy to do so.

For years, Laibel disparaged the Eidelmans to everyone and anyone. He was a rabble-rouser and propagator of loshon hora, a proponent of motzi shem ra, as all of his allegations were concocted fabrications of deceit and distortion. Despite my pleas and warnings that his maligning mudslinging would come back to haunt him, he continued with his blubbering burble of backstabbing slander. Yet, as the Chofetz Chaim teaches, Hashem has His ways.

Recently, Laibel Schlechter decided to move to a retirement community in Florida. Curiously, although his home was located in the prime section of town, all of his potential buyers inevitably looked elsewhere and his house remained perpetually unsold despite its choice location.

One day Laibel called his realtor and asked, “What’s going on? Why can’t you sell my house?”

After hemming and hawing, the realtor disclosed to Laibel, “The truth is Mr. Schlechter, is that you have done such an excellent job at defaming your neighbors that everyone who inquires about your house refuses to move in. Who wants to live next to a cantankerous couple as you have depicted the Eidelmans?!”

Laibel Schlechter has still not sold his house; however, at least he has witnessed first-hand, “What goes around comes around.”