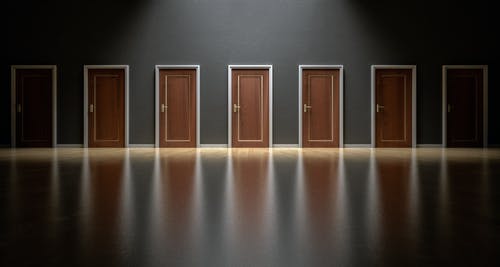 [As an aside, I think this is the primary function of imagination as the cognitive tool that allows you to feel/sense/imagine various future scenarios and choose the most relevant and meaningful and effective path forward.]

[You are also built for feedback on your moral choices via your conscience which contains shame and pride.]

Background (next 3 paragraphs excerpted from an article in The New Yorker by Joshua Rotman):

We say that we “decide” to get married, to have children, to live in particular cities or embark on particular careers, and in a sense this is true. But how do we actually make those choices? One of the paradoxes of life is that our big decisions are often less calculated than our small ones are. We agonize over what to stream on Netflix, then let TV shows persuade us to move to New York; buying a new laptop may involve weeks of Internet research, but the deliberations behind a life-changing breakup could consist of a few bottles of wine. We’re hardly more advanced than the ancient Persians, who, Herodotus says, made big decisions by discussing them twice: once while drunk, once while sober.

Ideally, we’d be omniscient and clearheaded. In reality, we make decisions in imperfect conditions that prevent us from thinking things through. This is the problem of “bounded rationality.” Choices are constrained by earlier choices; facts go undiscovered, ignored, or misunderstood; decision-makers are compromised by groupthink and by their own fallible minds. The most complex decisions harbor “conflicting objectives” and “undiscovered options,” requiring us to predict future possibilities that can be grasped, confusingly, only at “varied levels of uncertainty.” And life’s truly consequential choices can’t be understood on a single scale.

Suppose you’re offered two jobs: one at Partners in Health, which brings medical care to the world’s neediest people, and the other at Goldman Sachs. You must consider which option would be most appealing today, later this year, and decades from now; which would be preferable emotionally, financially, and morally; and which is better for you, your family, and society. From this multidimensional matrix, a decision must emerge.

The theory was developed by Nassim Nicholas Taleb to explain:

In summary: many central events are outliers, meaning outside the realm of regular expectations, because nothing in the past can convincingly point to its possibility. Second, it carries an extreme ‘impact.’ Third, in spite of its outlier status, human nature makes us concoct explanations for its occurrence after the fact, making it explainable and predictable. So, how can you ever take these black swan events into consideration in your decision-making?

[And so, this feeds into what Taleb labels the ludic fallacy by Taleb, is the belief that the unstructured randomness found in life resembles the structured randomness found in games. This stems from the assumption that the unexpected may be predicted by extrapolating from variations in statistics based on past observations, especially when these statistics are presumed to represent samples from a normal distribution.

And then there are the difficulties of decision-making:

Problem: the very heart of decision-making is ‘crossing the Rubicon.’ Which is another way of saying that all decisions are problematic by nature. What are decisions’ problems?

To believe in decision-making you have to believe in free will which, we’ve posited, is known by two factors: the experience of it, without getting into Cartesian doubt, plus the Torah telling you that you have moral free will. And yet there is so much determinism in the world that one needs to make a case for the existence of free will.

Question: Why did G-d make the world with so much determinism? [Mentioned those determinisms: your appearance, your character traits, i.e. your nature, money, relationships, the world in which you find yourself has hard and fast rules.]

Answers: 1. There’d be too much chaos without such determinism. People would get lost in their abilities to effect cause-and-effect in their free willed actions, like for example, picking stock prices, i.e. whatever one would be into, and their lives would lose all moral possibility and they’d be literally lost souls.

Question: The effect of so much determinism is to render most decisions moot. If so, then what is the point of deciding on those ‘determined’ issues at all?

Answer (perhaps): To get your emotions and cognition on the same page in order to embrace those determinisms which themselves require ‘activating’ by effort. For example, making money, i.e. though it is decreed on Rosh Hashanah how much money one will make, one nevertheless has to make the effort to make it.

Theologically: Perhaps: decision-making is Gd-designed as a test of belief—you don’t act except as you believe in something according to CBT theory. Because belief is always at the very foundation of all relationships. ‘A tzaddik lives in his belief.’ How is this? Because the future is unknown and one cannot legislate outcomes, and therefore because the only real free will is moral free choice because of its cause-and-effect quality, as mentioned, and so the whole world is one big training ground for the expression of belief—think of that. —Then one’s decisions are necessarily predicated upon uncertainty and so one only proceeds in this world by acting upon beliefs, which are not sensory-based, but rather rooted in non-temporal meaning. In this sense, acting in concert with non-temporal meaning, is to act in the conviction of the correctness of one’s relationship with G-d, and to act in this way is anti-fragile, because the marker of success in decision-making is no longer temporal meaning, i.e. pure materialism/utilitarianism, but rather eternal meaning which is indestructible; and so in this sense, every moral decision is always an interaction with non-temporal meaning. One is supposed to become conditioned in this vein. And, again, it’s the very essence of becoming and remaining anti-fragile, because temporal meaning is only contingent and not central—an accessory and not the main thing. And so the path to anti-fragility in life is the prioritization, practice, and internalization of the central importance of moral free-choice as the mechanism of walking through this temporal world. There is great strength in doing what’s right simply because it’s right, i.e. the Will of G-d, as close at least as that can be determined. This prioritization of moral choice then allows one the freedom to say, as it were, Que sera sera, to the materialist world. Why is this? Because moral choice allows you emotionally and intellectually to stand outside the contingencies of materialism.

So there is no universal solution for making the right decision. No protocol. After these thousands of years, the Persians still seem right on—even with all the math added to decision theory.

We’ve seen that decision-making is fraught, both from an individual’s cognitive limitations and emotional biases. And so how make a good decision?

Answer: You all know there is no ‘perfect’ decision because one can’t legislate outcomes. Rather, the focus of a decision process in materialist decisions is to understand a decision only has to be good enough and that it’s impossible to improve (optimize) it after a certain point. And so it is better–more efficient–to obsess over moral choice where there is real choice, i.e. you know right away if you made the right choice or not as one’s decision is measured against an outside objective standard (the Torah), than these other materialist/utilitarian choices where there is far less discernible cause-and-effect.

The focus for moral decision-making is education about the moral standard you’re measuring your actions against and consultation with a knowledgeable rabbi to make sure you’re informationally and judgmentally accurate. The pressure of that is like the line from a Flannery O’Connor story from a character named The Misfit, who after he shoots an old lady says, “She would of been a good woman if it had been somebody there to shoot her every minute of her life.” Moral choice is often something that doesn’t feel good because of its usually- required sacrifice of devotion to materialism, and yet contains within it the existential freedom previously described.

What is less clear is in precisely what consists a decision of moral choice. For example, should one come back to yeshiva or not next year? Presumably, in this example at least, one would not come back to yeshiva because one has a job or school to attend to, i.e. predominantly materialist considerations, and so what is the interface/exchange rate/algorithm/value weighting mechanism, as it were, between spiritual and materialist concerns?

Thoughts: 1. One factor to consider would be the idea of damage, where one’s perceived materialist opportunities (being unable to get a deferment from medical school to attend yeshiva, etc.) suffer as a result of one’s spiritual aspirations.

[And yet, question: how measure that versus one’s spiritual obligations?]

And a restatement of the question: when to sublimate one’s need for worldly activity and when to express it? Or, when to prioritize and when not to prioritize one’s spirituality vs. materialism and vice-versa?

Thought: Perhaps one can make a matrix of relevant considerations, which would be: damage, opportunity, obligation, and desire/talent.

And the focus of a non-moral decision process should be to:

And so since one can never optimize materialist/utilitarian decisions into cause-and-effect (though one would like to), the thrust in materialist/utilitarian decision-making should be two-fold: avoid egregious error—don’t be stupid!—and making sure all choices are assertions of your moral system. Egregious error is avoided by understanding and not contradicting one’s basic determinisms. That is to say, what do you like, what are you good at, what can you handle? For example, if one is not mathematical, don’t aspire to be a physicist. If one is physically small, don’t aspire to be a water-carrier. See Shar HaBitachon in Chovos Halvovos.

As Charlize Theron said, the more information you have access to, the more alive things become underneath your skin. And to be alive in a morally choosing way is to align oneself with the proper form of the universe in which then one’s chances are aligned with reality and you will gain and/or accept the best that unknown consequences will bring.