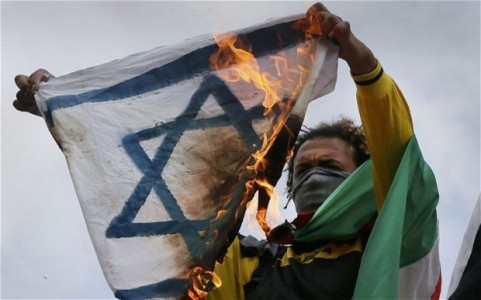 Throughout world history, the Jewish people have endured severe ongoing hate, persecution, exile, violence and genocide. Although in recent decades American Jews have not experienced much anti-Semitism, anti-Semitic incidents in the U.S. increased more than one-third in 2016 reflected by assaults, vandalism, and harassment with a total of 1,266 acts against Jews and Jewish institutions. In the first quarter of 2017, this figure grew 86 percent. French and even British Jews are now seriously questioning their future in Europe due to the increase in anti-Semitic acts there. Israel is subject to ongoing threats from Iran, Syria, and Arab terrorist organizations.

Hatred of the Jew has been humanity’s greatest hatred. While hatred of other groups has always existed, no hatred has been as universal, as deep, or as permanent as anti-Semitism. How are the universality, depth, and permanence of anti-Semitism to be explained? Why such hatred and fear of people who never constituted more than a small minority among those who most hated and feared them? Why, nearly always and nearly everywhere, the Jews?  Why the Jews, by Dennis Prager and Joseph Telushkin, 2003, pp. 17, 21-22.)

And now, following the tragic death of George Floyd, shuls have been vandalized across America and celebrities have been tweeting day-after-day antisemitic images (see here). See below:

Anti-Semitism was “born” with the advent of the first Jew, Avraham Avinu and has continued unabated throughout world history, independent of geographic location. Anti-Semitism began in approximately 1763 BCE in direct response to the belief of Avraham that there is one God who created, directs and supervises the universe and gives mankind an ethical framework for living. The ruling King Nimrod, champion of that era’s ubiquitous idol worship, sentenced Avraham to death by casting him into a furnace. God intervened and Avraham miraculously escaped unscathed. 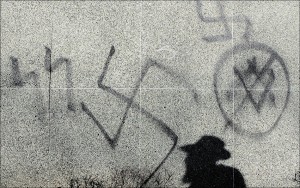 The following three Olami Morasha shiurim addressing anti-Semitism. This first class will demonstrate how nations, religious adherents and political groups have perpetrated ongoing oppression, persecution and violence towards the Jewish people. It will further show that there is no rational sociological explanation for anti-Semitic behavior. The second class challenges proposed “popular” theories for anti-Semitism. The third shiur provides a Torah framework to understand this seemingly irrational phenomenon and then concludes by addressing whether anything can be done to eradicate it.