OLAMI Resources   /   NLE Journal Posts   /   A Yeshua Amid the Pandemic 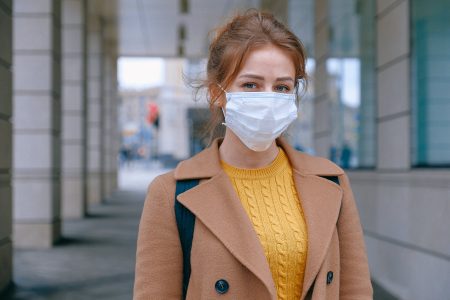 As the number of infections grew, the Israeli government felt their only recourse was a near-total shutdown. For the first time in the peacetime history of the country, schools were closed.

The Chadarim responded in various ways to the closure; however, there was no choice for the girls in Bais Yakov. With class sizes sometimes topping forty talmidos inside small classrooms, the Bais Yakovs were forced to suspend all classes.

For one young fifth-grader, who loved learning and davening, the inability to be in Bais Yakov was painful. The girl who resided in the Old City was precocious and curious, and the lack of spiritual nourishment was causing boredom. At the peak of the shutdown, even the Kosel had minimal access for the general public. Indeed, all over the world, as the number of ill increased and those needing yeshuos multiplied, Klal Yisroel was cut off from Eretz Yisroel as all travel ceased. Only Jewish residents of the Old City, had open access to the Kosel. Given that she had unfettered entry to the Kosel, her father suggested taking advantage of her carte blanche access to the Makom HaMikdash and daven for those denied such a privilege and who desperately needed Hashem’s helping hand.

The young girl embraced the idea and sought out a specific goal for her tefillos. She realized how fortunate she was to be able to daven daily at a place where so many Jews all over the world yearned to daven. The girl was made aware of the potency of davening at the Kosel for forty days straight. She knew of people 6000 miles away who could use Hashem’s particular intervention. The little girl decided she would go every day to the Kosel for forty days and daven.

Our little davener began her trek down to the Wall a week after Pesach. Outfitted with her own Siddur, Tehillim, and Techinos, the little girl joined her father at sunrise as they headed to the Wall together. Her father would return home after forty-five minutes. But, our eleven-year-old davener would stay up to two hours slowly davening and even slower, saying Tehillim. She would enunciate each and every word, and often tears streamed down her face as the words of the Dovid HaMelech penetrated her heart and moved her to tears. Her goal was to finish Tehillim twice by Shavuos.

Nothing could deter her. Her determination and her stamina were the stuff legends are made of. All of the old women who gather at the Kosel at sunrise would wait for the little red-haired girl and save her a choice seat by the Wall. The guards at the entrance to the plaza knew her by name as they said good morning. And even when the temperature hovered at 100 degrees by Shavuos, she remained steadfast in her mission.

Who can predict and understand the ways of the Ultimate Planner? Who can say with assurance which mitzvah tipped the scales for the yeshua to occur? I certainly cannot. I can only marvel at His ways and leave the computations for those greater than I. As our protagonist neared the end of her forty-day commitment, the Master Yeshua-Maker planted the seeds of salvation. When Shavuos came and went, our young Tehillim davener rededicated herself with even greater zeal to her Tefillos, Techinos, and Tehillim. As the fervent pitch of the Tehillim increased throughout the summer months, flowers were blossoming six thousand miles away.

Before Rosh Hashanah, the yeshua arrived, and thanks to Hashem filled the blessed home.

Many great people had said many Tefillos; many brochus were given by holy Tzadikim; yet, something tells me it was the pristine and pure Tefillos of an eleven-year-old Bais Yakov girl who lives in the shadow of Hashem’s home, which tipped the scales and brought the yeshua. I admit I am biased, as the little girl in our story is my granddaughter Shira.