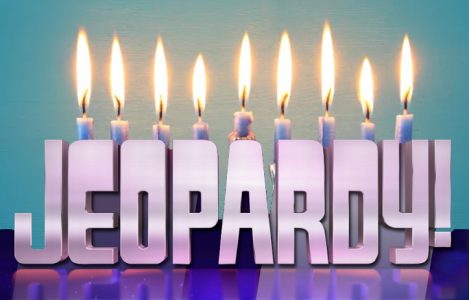 This PowerPoint Jeopardy Game is a fun means of reviewing Inyanei Chanukah.

There are six categories of questions with five questions in each category,
ranging from simple to complex, covering Chanukah history and Halachos & Minhagim. The game includes timers, an option to display answers, music and sound effects.

Please note: When choosing an editable file, depending on the version of the program that you are using, and the fonts that you have, the document may not appear exactly as it was originally intended and/or it may not exactly match the PDF that we provide.

Students will recall the information that they have learned about Chanukah through answering questions in this exciting, interactive way.

Have students create questions for the jeopardy game using the materials they have accumulated about Chanukah. Put all of the questions together into the game and play Jeopardy!