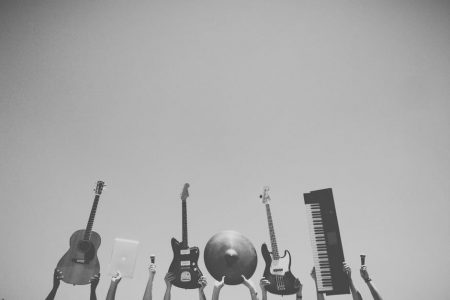 In Parshas Vayigash, Yosef HaTzadik reveals his true identity to his brothers and asks them to inform Yaakov Avinu that he is alive and to bring their father down to Mitzrayim. Sefer HaYashar (Parshas Vayigash) relates that as the brothers travelled home, they were afraid that suddenly reporting the albeit wonderful news of Yosef being alive after twenty-two years could be traumatic to their father. How could they share the news so it would not be shocking to him?

As they approached home, they saw Serach Bas Asher. They asked her to sit by Yaakov Avinu and play the harp and say to him in a sweet voice that Yosef was alive and ruled over the entire land of Mitzrayim and was not dead. Serach Bas Asher continued playing and repeated these pleasant words a few times until joy entered Yaakov Avinu’s heart to the point that the spirit of Hashem returned to him and he knew that her words were true.

From Sefer HaYashar we have a glimpse into how important music features in Judaism. For many of us, listening to music is a transforming, empowering, spiritually uplifting experience. Something about Pachelbel’s Cannon in D major, whether heard in a live orchestral performance or as quiet, ambiance music in a restaurant, or even in our own living room, so enchants us. What is it that lifts us up? What is the secret to the powerful impact of music?

Music strikes a deep chord within our psyche and has the well-recognized power to stir our emotions. In movies and theater, the musical score brings alive the production, communicates the mood of the scene, and fosters ethereal sentiments in the viewer. Music even influences the world political scene, such as the rock tunes of the 60’s that fueled the anti-Vietnam War movement.

The Torah is keenly aware of the emotive power of music. Shirah, song, is mentioned many times in the Torah as an expression of gratitude to God – usually for a miraculous personal or national salvation. The Torah notes how music was employed to help create a feeling of joy, allow for a connection with God, and even stave off depression. Music and song play an important role in Jewish spirituality and prayer.

Click here to download Climbing a Stairway to Heaven: A New Take on Music, Song, and Judaism