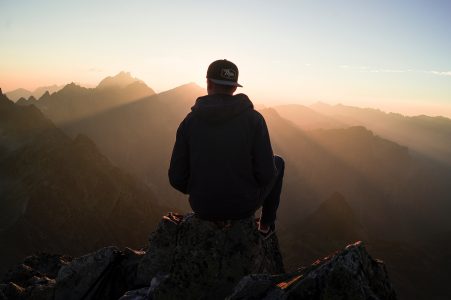 Time sometimes allows memories to fade. Sometimes, time causes memories to intensify. The latter is the case with me. This past Sunday was the seventh Yahrtzeit of my mother Leah bas Meir and Ita A” H. My mother’s life was one of the wandering Jew. She lived in various Jewish neighborhoods, which time and time again changed from middle-class white areas to impoverished areas populated by people of color.

My mother was born on the 16th of Teves 5690 (January 16, 1930) in the Hunts Point section of the Bronx. The South Bronx had over 200 Shuls with more than 360,000 Jews at her birth. The Bronx at the time was the only borough to actually have a majority of its residents who were Jewish. As the South Bronx was depleted of Jews, her parents realized it was time to relocate.

She moved with her parents to Crown Heights, where she married my father and where I was born. At the time of my birth, Crown Heights was 70% white, with the majority of those were Jews. It was, at the time, a middle to a high-middle class neighborhood with lovely homes all over Eastern Parkway. By 1970, Crown Heights experienced white flight. The neighborhood became over 70% Black as the majority of the Jews and whites moved to Long Island or other parts of Brooklyn. My parents moved to Canarsie in the late 1960s, which was over 95% white, Jewish, and Italian. This neighborhood also changed demographically quite quickly, and by 2000 the area would change to 90% Black and Latino. In the 1990s, my parents moved to New Jersey.

Despite her living through the difficulty of disappearing once-vibrant Jewish neighborhoods, she never became bitter or resentful of anyone. My mother’s journeys from one community to a new Kehilla were springboards for growth in Yiddishkeit. Her first-hand observation of a neighborhood’s decline never caused her to feel negatively toward her new neighbors; rather, she had feelings of compassion for them.

Her entire professional life was devoted to helping children of color in the poorer neighborhoods known as the “hood” in Brooklyn. My mother was a teacher in the New York City Public School system, which at the time was heavily populated with Jewish teachers. She worked many years in the Bedford–Stuyvesant section of Brooklyn, one of the toughest and crime-ridden areas of the city. She worked through the race riots of 1967 and 1968.

In all the years she worked there, even during the horrific and infamous New York City teachers’ strike of 1968, which was rife with blatant anti-Semitism, I never heard anything close to a racial slur or a negative comment directed toward people of color. (One example of anti-Semitism: On Julius Lester’s radio show – Lester was a Black activist who would ultimately convert to Judaism – the following poem was read on air: “Hey, Jewboy, with that yarmulke on your head / You pale-faced Jew boy – I wish you were dead.”)

Most of you reading this have no idea what the New York City teacher’s strike was about and how soured Jewish/Black relations have been from 1968 until today; see:

As I matured, I read more and more about the outright anti-Semitism that some openly spewed in the Black activist community. And I realized that my mother was working in the very heart of the conflict. I am amazed that I have absolutely no memory of her ever saying one negative word about any person of color.

I grew up in a home where the only trait which my mother conveyed in the house was total care, compassion, and dedication toward her students. I clearly recall how she had one student named Damion. A nine-year-old boy who must have been challenged by emotional issues. He gave my mother a run for her money. I clearly remember her strategizing and speaking to co-teachers at night about different educational ways to include Damion in the functioning classroom. I can still see how she agonized over Damian and his plight in my mind. I would hope that Damian today is a well-adjusted contributing member of society.

Every Erev Yom Tov, she took me to school with her. I would be the only white child in the school. I would roam the halls, and the other students were welcoming and friendly. When they saw my mother, they would all say, “Is that your son Mrs. Eisenman? He looks just like you!” Although I was the only white child among a few hundred children of color, they respected my mother. They asked politely, “Is that your son?”

One day in 1968, in an attempt to make peace between the warring factions, a meeting was arranged in the evening between the mostly white Jewish teachers and the Black school board.

My mother took me along with her. When we arrived, a Black child who must have been at least three years older than me and much bigger was also there with his mother. It was decided that the two of us would stay in a side room together as the adults attempted to iron out their differences.

At first, we talked and just joked around. However, it soon became apparent that he had other ideas for our unscheduled play date, and he began to beat me up. I don’t want to be overly dramatic. He didn’t beat me viciously or cause me to bleed or break any bones. However, he blocked me from exiting the room and roughed me up for forty-five minutes. Finally, the door opened, and his mother and my mother opened the door. I was going to cry. I was going to scream and tell my mother what he had done. However, the other boy was sly. He quickly put out his hand and said, “Friends?”

About thirty to forty adults evenly split between Black and White were looking at us. They had just gone through an emotionally/racially charged meeting. Standing before them stood a young Black man with an outstretched hand in a sign of friendship to a white boy. I wanted to run away. I wanted to tell my mother what he did. I did not want to shake his hand. However, as I looked at my mother’s face and I saw how much this meant to her, how her son would be the one to demonstrate peace, I did not have the heart to disappoint her. I grabbed his hand in a warm handshake.

My mother’s face beamed with pride. She proudly announced, “We have to learn from our children to make peace and live together.” I was upset. I was beaten up. However, to see the glow on her face and to see the happiness it caused her was worth getting roughed up. Making Shalom was the most important thing for her, and right then, she was convinced there was Shalom. I never told her what happened in that closed room. I kept my secret hidden in my heart for fifty years. I never wanted to hurt her feelings. Holding on to the pain was worth it to not cause her pain.

She was a peacemaker and a person who gave in and never stood on “principle.” As Rav Chaim Kanievsky zt”l writes, “Better to be the one who gives in than the one who wins” (Orchos Yosher-Vatranos Page 28). My mother would give in, yet she won more than anyone else in the end. Earning people’s love is the biggest win of all. She was beloved by all.