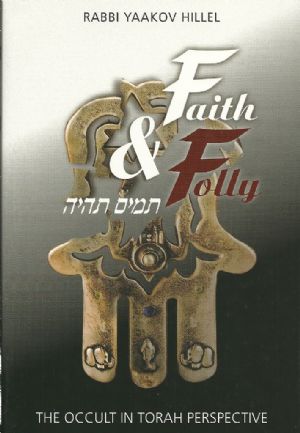 Superstitions, astrology, palmistry, sorcery, and other esoteric practices undoubtedly have the power to fascinate but which, if any, have the power to alert or predict destiny? The question has occupied the minds of scholar and layman alike from time immemorial, but far more pressing is the question of halachic permissibility of delving into mysticism and... END_OF_DOCUMENT_TOKEN_TO_BE_REPLACED

Having surveyed the prerequisites and proper attitudes that are necessary for the study of Kabbalah, we will now explore some of the basic concepts and themes that form its subject matter. Given the nature of our own limitations, we must remain aware that what follows is less than a drop out of the vast ocean... END_OF_DOCUMENT_TOKEN_TO_BE_REPLACED

Kabbalah seems to be in style today, along with all sorts of Eastern spirituality, mysticisms, and various forms of meditation. Many people are left wondering about the authenticity of Kabbalah, about whether or not it offers a way to circumvent the strictures of adhering to a Torah lifestyle, and whether or not it is indeed... END_OF_DOCUMENT_TOKEN_TO_BE_REPLACED

Many people are surprised to learn that Judaism actually affirms belief in reincarnation, whereby the soul returns to the world to live a new life, a doctrine usually associated with Eastern religions. In reality, though, it should not seem so surprising. The basic concepts underlying reincarnation are fundamental to Jewish outlook, such as the eternity... END_OF_DOCUMENT_TOKEN_TO_BE_REPLACED

Having examined some of the basic teachings of Kabbalah, we will now explore how Kabbalah elucidates both the Torah narratives and its mitzvot, and how it can affect the practical application of halachah (Jewish law). Both the Torah’s narratives and its mitzvot can be understood on many levels, and Kabbalah offers profound insights that literally... END_OF_DOCUMENT_TOKEN_TO_BE_REPLACED
RSS Twitter Pinterest Subscribe/Contact
May 6, 2021 - 2:14 pm