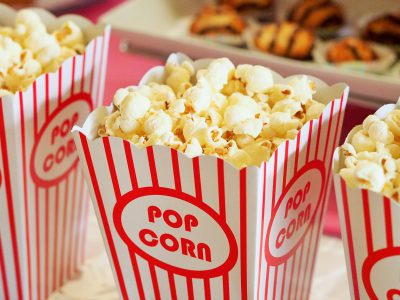 Milton Friedman, the great Nobel Prize-winning economist and professor at the University of Chicago, had a very simple suggestion for how to identify a person or institution’s priorities.  Many people eloquently describe their beliefs, values, and principles and talk about what is most important to them.  Friedman advised to ignore what they say.  If you want to truly know what someone’s priorities are it is simple – Look at someone’s budget and you know what is important to him.  See how someone prioritizes their money and you will know their priorities.

Parshas Terumah begins with the capital campaign for the Mishkan following Parshas Mishpatim which ends with the famous words “Na’aseh v’nishma.” Isn’t it a bit anticlimactic to go from the high of na’aseh v’nishma immediately to an appeal?

The Ba’al Shem Tov explains that not only is it not strange, it is absolutely critical. Whenever a person is spiritually awakened, whenever we have a moment that our neshama is alive and aroused, we must concretize the inspiration in a practical action or deed. We must help that fleeting feeling find tangible expression and physical manifestation.

Being moved and inspired by Matan Torah to say na’aseh v’nishma is nice, it is impressive, and it is commendable, but it is only meaningful and lasting when it is immediately followed by a “Yikchu li terumah.”  As Milton Friedman taught, Hashem heard about our priorities and values with our lips, but immediately put to the test whether our actions and our budget would match. V’yikchu li terumah. Are you ready to put your money where your mouth is?

The Beis HaLevi like so many others asks the famous question:  Why does it say v’yikchu, they should take, when it should say v’yitnu, they should give? He explains that when you buy something material, when you make a purchase, you may appreciate what you bought or it may have been a complete waste. Sometimes the money we expend adds value to our lives and sometimes we don’t truly get anything for it in return and it is gone forever.

What applies to money we spend on ourselves is completely inapplicable to money we spend for others or on others.  When we give for others, or to others, we not only don’t lose, but we gain much more in return.  The pasuk in Tehillim 49 that we say in a shiva home says, “Ki lo b’moso yikach ha’kol, for in death you cannot take it all.”  The Malbim asks, cannot take it all?! Implying you can take some of it with you? Isn’t the reason that a kittel doesn’t have pockets is to emphasize that you can’t take anything with you?

The Malbim explains that in fact, there is something you can take with you. The money that you give to tzedakah and the money you use to help others remains with you and you take it and its impact with you forever.

This insight is familiar to most of us.  We have been taught that by giving, we are truly getting.  But, science has now shown that not only do we receive spiritually when we give, but we receive physical benefits as well.

In their book “Happy Money,” researchers Elizabeth Dunn and Michael Norton summarize the research on the science of spending, explaining how spending money on others enhances one’s own happiness.  Happiness does not result from a focus inward, but it results from the deep satisfaction and profound gratification of helping others.

At the end of Hilchos Megillah (2:17), the Rambam makes an incredible comment.  He asks, if a person has limited funds and has to choose between having a more lavish and luxurious Purim meal, or more extravagant and impressive mishloach manos, or giving more matanos l’evyonim, money to the poor, what should he do and why?

The Rambam codifies that the resources should be dedicated to helping the indigent and poor because Purim is about simcha and there is no greater happiness than bringing joy to others, especially the underprivileged. If your meal is smaller, or your mishloach manos less elaborate, because you’ve appropriated some of that money for helping poor people, you have fulfilled the mitzvah of simchas Purim to the fullest.

The words of the Rambam remain profoundly appropriate for us this year. How can we spend significant funds to create a theme for each mishloach manos package or make dozens of packages with expensive items when there are people around us who literally don’t have food to eat?

It is in the context of the above stated halacha that I appeal to you and to all of the members of our community to scale back both on the type of mishloach manos we make, and on the amount of people to whom we give.  I strongly encourage you to do the following three things:

Not only does being generous with others with your time and money bring you happiness, it brings you greater health.  A team at the University of British Columbia recruited adults ages 65 to 85 who had high blood pressure, the leading risk factor for death worldwide. They gave each person a total of 120 Canadian dollars to spend over the course of three weeks, and measured their blood pressure before and after.

Those who spent the cash on themselves purchased anything from wool sweaters and massages to tickets.  Meanwhile, people in the spending group bought muffins for firefighters, cookies for neighbors, and toys and clothing for their grandchildren.

When participants reported back to the lab, nearly all of them said they liked getting bottles of money. Using a device that automatically measured their blood pressure, researchers saw a clear difference between the spending groups. People who spent money on themselves showed no change whatsoever, whereas people assigned to use the money in generous ways showed a significant reduction in blood pressure.

The researchers found to their astonishment that this change was similar in magnitude to what is typically observed when people start engaging in regular aerobic exercise.

But it is even easier than that.  Recent findings by the psychologists Tristen Inagaki and Naomi Eisenberger show that simply writing a supportive note to a friend can lower blood pressure.

The Vilna Gaon famously comments that the word venasnu, and they shall give, is a palindrome, it is spelled the same way forwards and backwards. The act of giving is intrinsically linked with receiving benefits.

We are now into the month of Adar and rapidly approaching Purim.  If we want to attain simcha, happiness, lower our blood pressure and receive great spiritual fulfillment, it is time to put our actions where are words are.  The more we give of our time, energy and resources, the more we will in fact receive in return.