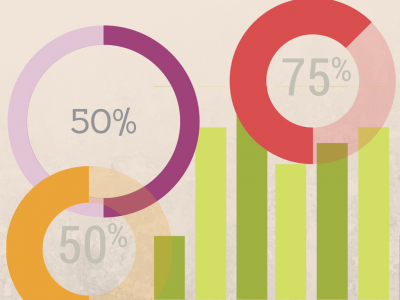 Whether you are writing an email asking for a small donation, turning to loyal members of your synagogue to discuss their involvement in the building campaign or designing your slides to pitch your next big idea, you can increase your credibility with new and established donors with one small change.

Roger Dooley reports that, “a recent experiment gave subjects an ad that described a medicine effective in treating a particular illness. Only two thirds of the people who read the ad, however, believed that the medicine worked. Then, the experimenters added one element: a chart that displayed the same data.

This small change caused the percentage of readers who believed the drug to be effective to leap from 67.7% without the chart to an amazing 96.6% with the chart.”

Let’s be honest. You may not have hired a research team to help you illustrate your idea or slides with graphs and charts. In that case, Dooley suggests that you create what he calls “simple data” as even this is still persuasive.

In other words, instead of solely writing or sharing statistics in your letters and emails, create a chart to convey your ideas. It goes without saying that it’s important to create a visual that is honest and statistically sound. If you cut corners, some portion of your audience will see through it and call you out.

If you feel that charts aren’t for your audience, consider creating infographics which are known to simplify data and help the viewer visualize numbers or information in an attractive format.

You can learn more about inforgraphics by reading these articles:

2) How to Make Your Own Infographic Part 2

3) How to Make Your Own Infographic Part 3

All in all, the research demonstrates one inescapable conclusion: including visuals such as charts, infographics and other scientific-appearing content makes the exact same data more credible and will help you persuade others to become invested in your cause. And so, if you are looking to increase your fundraising for the next year…go visual!