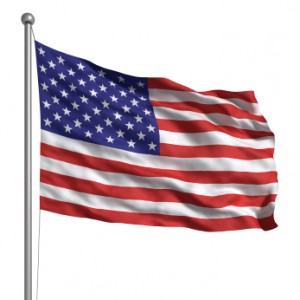 The Torah tells us in Devarim (23: 8): “You shall not despise an Egyptian, for you were a sojourner in his land.”

Rashi comments: “Even though they cast your male [infants] into the Nile. What is the reason [that you may not despise them]? Because they hosted you in a time of dire need.”

The Torah tell us in Devarim (2:9): “And the Lord said to me, ‘Do not distress the Moabites, and do not provoke them to war, for I will not give you any of their land [as] an inheritance, because I have given Ar to the children of Lot [as] an inheritance.’”

Why would Hashem give away parts of the lands promised to Avrohom to the descendants of his nephew Lot?

Rashi (on Devarim 2:5) comments: “As a reward [for Lot] for going with him [Abraham] to Egypt and for keeping silent when Abraham said, regarding his wife, ‘She is my sister,’ He treated him [Lot] as his [Abraham’s] son [to inherit part of the land promised to Abraham] (Gen. Rabbah 44).

We see clearly from here how important and critical is the idea of HaKoras HaTov (gratitude).

We have to have a sense of gratitude to the descendants of Lot for he was quiet when Avrohom told Avimelech that Sorah is his sister.

And we even have to have a sense of gratitude to the Egyptians for ‘allowing’ us to inhabit their land – despite the fact that they practiced infanticide on our male children; nevertheless, we have HaKoras HaTov to them.

The Sefer HaChinuch explains (Mitzvah 33, Honoring One’s Parents) – that the reason we have to honor our parents is because of HaKoras HaTov.

Indeed, he states, “The Torah wants us to recognize the good others did for us and to always do kindness in return to those who were kind to us. A person may not be an ingrate for this is one of the worst character traits before man and Hashem. When a person realizes how much his parents did and do for him, he will then elevate himself to recognize what Hashem does for him.”

Therefore, if a person is not constantly recognizing and cognizant of all the good that people and places have done for him and are presently doing for him, he will never really achieve the ultimate Jewish goal of recognizing Hashem.

Recognizing the debt which we have towards others, be they our parents or the country we reside in, is a prerequisite to recognizing what Hashem does for us.

Today, July 4th, is a good day to think about and recognize the kindness of the United States of America. In fact, I would say that a person who fails to recognize that America is a Malchus of Chesed (A Monarchy of Kindness, this is how Rav Moshe Feinstein termed America), they are greatly handicapped in their ability to truly recognize Hashem.

For as the Sefer HaChinuch writes, only through first recognizing what humans have done for us – can we eventually begin to grasp what Hashem has done for us.

Think about that today as you sit and daven and learn Torah in a country that affords us the greatest freedoms, rights and protection more than any other nation in Jewish history.