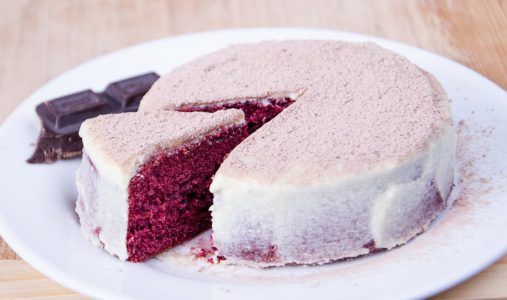 Mordy Greenman and I have known each other for over 40 years. We first met in summer camp in 1976. At the time we learned together Maseches Horiyos. This masechta is relatively short in length, and we were able to finish it that summer. We organized a grand barbecue for the occasion. As a final touch, we ordered from Weiss’s Bakery in Boro Park a colossal cake inscribed with the words: “Mazel Tov on the Siyum.” The cake was big enough to feed the entire bunkhouse.

We gathered the entire bunk around the two picnic tables, and we completed the last few lines together. As everyone shouted mazel tov, a spontaneous dance began. It was a perfect day.

We devoured the two dozen frankfurters and hamburgers; teenage boys are blessed with bottomless pits for stomachs. Finally, it was time for the grand event. Mordy, who had arranged to have the special cake from Weiss’s Bakery delivered, went into the bunkhouse to retrieve it. As he descended the stairs, it was evident that something was awry. Mordy dropped the box on the table and pulled open the cover to reveal the contents of the box. All that was in the box were cake crumbs. Someone had plundered our cake before our siyum.

I looked at Mordy and spontaneously announced, “Let’s not let a missing chocolate cake ruin our siyum!” I confidently said, “Gam zu l’tovah —This too is for the best!” Mordy never mentioned another word about the cake and never inquired of me what I thought had occurred. I was surprised by his lack of interest. I was also relieved.

The truth was when the cake arrived the night before, I could not resist taking a sliver for myself. One piece led to another, and soon I shared the remainder of the cake with two or three friends who were sworn to silence. When Mordy went to retrieve the cake, I knew he would find an empty box. I feigned surprise to cover my tracks, and the cake and its mysterious disappearance were never again mentioned.

This year on Tzom Gedaliah a large package arrived at my home. It was from Weiss’s Kosher Bakery on 13th Avenue. One of the families in the Shul had decided to send us a cake.

As I looked at the cake, I was taken back 40 years in time to the memory of my devouring a different cake from Weiss’s. I knew what I had to do.

I called Mordy and with a sense of shame asked him mechilah before Yom Kippur for the cake I pillaged 40 years before. There was silence. Then Mordy spoke. “I knew at the time you had eaten it. Zvi had already told me that it was eaten by you. However, I decided right then to forgive you and to play along by acting surprised so as not to embarrass you. I was mochel you already 40 years ago.”

“You mean for the last 40 years you knew I deceived you and you forgave me back then and never mentioned it again?”

“Correct. I figured why make a machlokes over an already eaten cake?”

“Mordy, what do you do for a living?”

“I own a plumbing supply store in Boro Park.”

“Can I ask you one favor? Can you give me a brachah for a good year? People will line up after Kol Nidrei falsely thinking I am worthy of giving brachos. I should send them to your plumbing store in Boro Park. That is where the true brachos are located.”

Mordy paused and said, “Rabbi, we are all in this together. I never wanted to embarrass you then, and I don’t want you to feel uncomfortable now. Have a good year.”

And I thought I was such a tzaddik for calling him to ask mechilah.