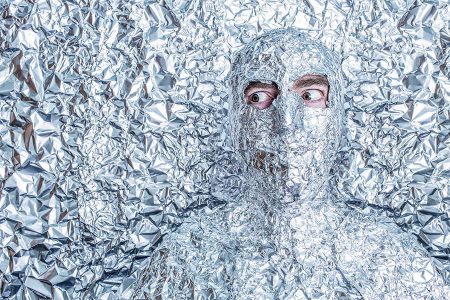 As the plane landed in Cleveland, a tall man with a warm smile gave me a big Sholom Aleichem as he grabbed my suitcase. His name was Rabbi Ephraim Nisenbaum, co-founder of an amazing organization known as the Jewish Learning Connection, which was co-sponsoring, along with the Young Israel of Greater Cleveland Stone Synagogue/Beachwood Branch, my Shabbos in Cleveland as a scholar-in-residence.

The davening at the Young Israel was beautiful. Everyone, especially Rabbi Naphtali Burnstein, the Senior Rabbi at the Young Israel, were amazingly welcoming and friendly. The meals were held in the Kollel building across the street. There must have been close to 40 couples at each Seudah. As I mingled with the people it became clear that each and every one of them had become Torah observant because of the outreach efforts of Rabbi Nisenbaum and his co-director, Rabbi Moshe Stoll.

I was in awe as I realized that these couples and their children and grandchildren were the spiritual descendants of these two unassuming, immensely modest, and utterly humble men.

I wondered to myself, “How did these seemingly simple, quiet and somewhat shy men accomplish so much?” They were not your usual kiruv-professionals who are entertaining, charismatic and worldwide video presenters. They were not the type to plan a worldwide simulcast boasting of locations from Guam to Geneva and from Buford, Wyoming (Population: 1) to Benghazi, Libya.

These were two pashute Yidden. What was the secret to their success? I was genuinely stumped.

A snowstorm erupted on Shabbos day. It was blizzard conditions by Motzei Shabbos. A Melave Malka had been planned and this event would take place in a different Shul. Rabbi Nisenbaum explained that this Shul is often used by the JLC for their classes. He emphasized how welcoming the Shul is in allowing the JLC to use their facilities. I certainly got the feeling the JLC felt at home in this Shul. In fact, Rabbi Nissenbaum mentioned that this used to be the “home” of the JLC until they were able to procure their own building.

The Melave Malka was planned for about 70 people, however, because of the snow, only half that amount came. When the Melave Malka ended, Rabbi Nisenbaum, his wife and Rabbi Stoll began to clean up. As the event was attended by fewer people than planned for, there were plenty of leftovers. Carefully and meticulously, Rabbi Nisenbaum and his wife and Rabbi Stoll gathered all the leftover sushi (you can’t have a Jewish event without Shushi!) and salads and made numerous trips up the stairs to the main entrance to place the items in the car.

Finally, after many steps climbed and many pieces of sushi packed away, the only thing left was a big bowl of hummus. The question was how to bring it home? Its cover had long been discarded and there were no bags or plastic wrap to cover the mashed chickpeas with. Everyone was trying to figure out how not to discard the hummus without it spilling all over the car. Suddenly Rebbetzin Nisenbaum emerged from the kitchen. In her hand, she held high a shiny new clean sheet of aluminum foil which she had miraculously discovered in the kitchen. Our salvation was at hand.

It was a miracle.

The fear of spilled hummus being permanently pasted all over the back seats of the rabbi’s mini-van was vanquished. We were sure that the shining foil was a yeshua from Hashem.

Rebbetzin Nisenbaum turned to her husband and asked, “Is it alright to take a piece?”

“What is she thinking”, I murmured a bit too loudly. “Just take the two-cent piece of foil, cover the hummus and let’s get out of here.”

Rabbi Nisenbaum looked at his wife and then stared at the tinfoil. Suddenly, the entire room became silent as all eyes were focused on Rabbi Nisenbaum as he mulled over the question.

The tension was mounting as Rebbetzen Nisenbaum held tight to the foil, proof-positive of hashgacha protis – while Rabbi Nisenbaum stood silently, deep in thought. I was already mentally writing my next article entitled, “The Miracle of the Tin Foil.” However, Rabbi Nisenbaum remained intensely contemplative as if he was deciding a question of life or death.

I ruminated, “Is this man really debating if his wife could take a ten-inch piece of tinfoil home?”

I was just about to scream, “Take the tinfoil and let’s go, I’m freezing and tired!”

Before I could open my mouth, the soft, calm voice of Rabbi Nisenbaum was heard as he replied, “Better not, I’m not sure we have permission.”

We entered the car and Rebbetzin Nisenbaum balanced the uncovered hummus on her lap. Slowly and carefully we began the drive home as I finally understood how two humble, simple, sincere men could save the neshomos of dozens of Yidden.

All it took was a piece of tinfoil.