OLAMI Resources   /   Featured Posts   /   Drugs, Alcohol & Marijuana – Are They Ever Permitted In Judaism? 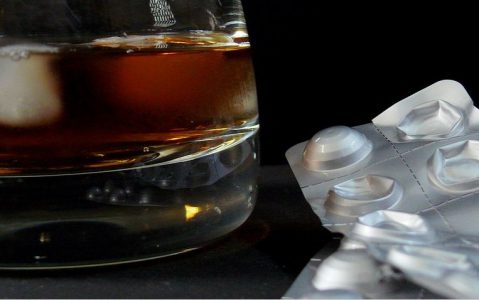 According to many sociologists, the recent proliferation of drugs in western societies among all classes of people, not just the lower class, poses a national threat to each nation with this problem. Most crime is now believed to be drug-related. Drug use not only affects the user, but also his or her family and greater society. It also has a scarring psychological effect upon the individuals involved and the general moral and physical climate of the community. Since the problem of drugs appears to be a relatively recent phenomenon that proliferated in the twentieth century, does traditional Judaism have a view on this problem nonetheless? Another issue that needs exploring, but certainly not a recent phenomenon, is drinking alcohol. According to many professionals, alcohol is defined as a drug. Since wine drinking is acceptable and even mandated in Judaism, would alcohol abuse be tolerated as well? Can Judaism morally allow Jews to ingest drugs?

We also must investigate if we should differentiate between different types of drugs. For example, tobacco and alcohol are legal drugs in most countries. Some countries (and two states in the USA as of this writing) have legalized marijuana for recreational use and many or most countries have legalized marijuana for medical use. Does that make a difference? Is there a moral equivalency between all drugs in Judaism, i.e. any chemical that effects a feeling of euphoria? Or are “hard” drugs such as heroin, cocaine, and meth-amphetamine to be treated separately? This essay will explore all of these questions from a Jewish perspective.

DRUGS MENTIONED EVEN IN THE TALMUD

If one looks hard enough, one can find everything in Judaism. The Talmud, written about 1700 years ago, even discusses drug use. In one statement, Rabbi Chiya tells his son not to take drugs. On this statement, Rashbam gives two reasons for Rabbi Chiya’s statement: 1) If you take drugs, you will become addicted (“develop a need for them at a certain time”) and 2) you will squander away your money. These are two valid reasons that still apply today as well for not taking drugs – at any time, in any age or any country. As a person becomes addicted, his or her life is overtaken by the single need to get the drug. This obsession destroys relationships and the social group of the user, as he or she begins to hang out only with other users. The habit, in addition, does ruin a person financially, and often forces the user to turn to illegal means to support the habit. Apparently, even in the time of the Talmud or Middle Ages, the financial cost was very great. But this Talmudic source is not cited as Jewish law, merely good advice from father to son. Are there any reasons in Jewish law not to take drugs?