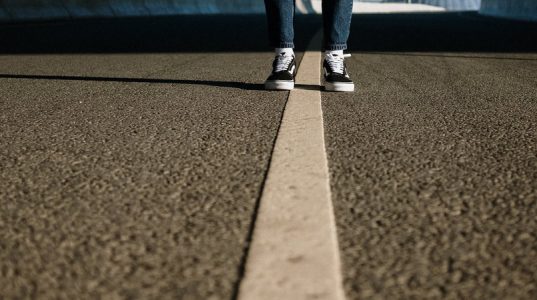 Traditionally, corporate leadership has been understood as a mechanism through which managers drive and inspire their employees to increase production and profits. This narrow, results-oriented view is slowly diminishing, however. An increasing number of contemporary theorists are asserting that leaders also have the responsibility to establish and maintain moral and ethical standards within their organizations. This mandate is commonly called “ethical leadership,” and is in greater demand today than perhaps any time since the onset of capitalism.

What has prompted this recent drive towards ethical standards and practice? Many point to numerous instances of commercial greed that have generated headlines and untold angst over the past decade. Countless stories of business self-indulgence and corporate failures, such as those involving Enron, WorldCom, Countryside, and Ponzi scandals highlighted a corrupt corporate landscape in which values and ethical conduct took a back seat to the bottom line. And we all know the devastating outcome of these ill-fated decisions and cover-ups. In response, many leaders have been rethinking competitive advantage and the costs of trying to achieve it. They have positioned beliefs and relationships at the center of their organizations, placing increased emphasis on how we behave rather than on what we earn.

Ethical leadership permeates every aspect of a leader’s conduct and decision making. And it’s not limited to the corner office or the corporate boardroom. The political arena is also filled with debates and decisions that are cloaked in the pretext of ethics and morality.

Ethical leadership may be viewed in the world at large as a more recent phenomenon. However, from the Torah’s perspective it is perhaps the oldest form of leadership out there. What makes the Torah’s presentation of ethical leadership more complex, however, is that it often combines issues of good and bad, moral and unjust, all in one person and / or a single situation. The challenge is in identifying right from wrong despite the many justifications and arguments on either side.

Take, for example, the complex relationship of Avraham and Lot. The challenge is well known. Avraham had dedicated his life to promulgating his view of a single, caring G-d. He did so primarily through a life of kindness, giving to others and using his generosity of spirit to bring pagan strangers under the wings of the Shechina.

His nephew Lot accompanied him on his journey to Canaan, and lived with him for years afterwards. Yet, Lot was not prepared to internalize and embrace his uncle’s magnanimousness. For Lot, riches were something to hoard, not share. We find this first in the incident with his shepherds (see Bereishis 13). Later, he set his sights on the riches of S’dom, a desire that he maintained even after his capture by the four kings and supernatural release at the hands of Avraham.

At that earlier juncture, when Lot’s shepherds demonstrated a cavalier approach to feeding their cattle at others’ expense, Avraham had a serious dilemma on his hands. On the one hand, Lot was his nephew, brother of his wife Sarah. He had demonstrated his capacity for self-control when he remained silent about Avraham’s and Sarah’s marriage while in Egypt. Furthermore, if Avraham could go to extreme lengths to inspire complete strangers, was he not obligated to do so for his nephew?

Yet, we see that Lot was clearly a source of regular concern for his uncle. He was a rasha; Avraham did not merit receiving Divine communication so long as Lot resided with him. His shepherds’ practices reflected poorly on the Hebrew progenitor, and opened Avraham to criticism and the real prospect of chilul Hashem. According to Rav Eliyahu Dessler, even his willingness to risk his own wellbeing and that of his family for the sake of complete strangers who had come to visit him in S’dom (see Bereishis 19) was less a reflection on his personal generosity than a reflection of Avraham’s training (Michtav M’Eliyahu, Vol. 1, p. 115).

What was Avraham to do under such conditions? Ultimately, Avraham chose to part ways, primarily because of the friction that existed between his camp (including his shepherds) and his nephew’s.  But it took much deliberation and a moral compass as finely tuned as his to make that difficult decision.

Leading ethically requires that leaders have a clear sense of right and wrong, even when the issue sits very much in between two legitimate, opposing sides. Minimally, it demands that he be in touch with someone who can see above the moment and offer clear, straightforward guidance. Ideally, it also requires that the leader himself be of impeccable or at least upstanding character.

Ethical leading takes courage and conviction. It means doing the right thing, even when it is neither popular nor easy. Nevertheless, when leaders base their decisions on Divinely inspired values, then they send an important message that they will not be bought, while maintaining a standard that can help protect them from accusations of personal interests or ulterior motives.

Naphtali Hoff, PsyD, is an executive coach who helps busy leaders be more productive so they can scale profits with less stress and get home at a decent hour. For a free, no obligation consultation, please call 212.470.6139 or email nh@impactfulcoaching.com. Buy his leadership book, “Becoming the New Boss,” on Amazon. Download his free productivity blueprint at ImpactfulCoaching.com/ Productivity-Blueprint. Take his free productivity assessment at ImpactfulCoaching.com/ Productivity-Assessment.