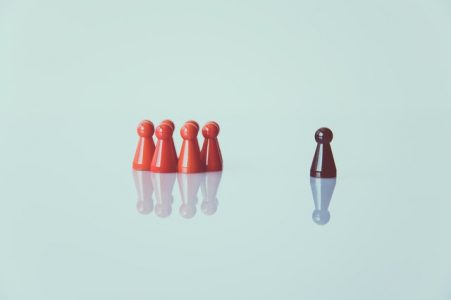 The first in a series on Biblical leaders.

Contemporary society has increasingly come to think of leaders as well-positioned people with strong connections, possessing such qualities as power, charisma and wealth.[1] Rarely is much consideration given to their character and deeds, not to mention the impact that they make on those around them.

Walk into most popular bookstores and you will find dozens of books on leadership styles. Fewer are the volumes that focus on leadership competencies. Those that address leadership character are even scarcer. Perhaps it’s because character seems nebulous and unquantifiable. Maybe it seems old-fashioned and out of step with current trends; it certainly doesn’t sell as well on social media. Or, it may simply reflect an underlying view of what leadership is all about.

For years, leadership programs have encouraged this thinking by emphasizing strength and decisiveness, believing that people wanted their leaders to be tough, courageous, knowledgeable, and self-confident. In contrast, character traits such as humility, care, and selflessness were not stressed or even valued. After all, how could modest, self-effacing, others-first executives motivate their workers and influence change?

But any attempt to approach leadership without discussing the central role of character is both limited and limiting. Character fundamentally shapes how we engage with those around us, what we value and care about, the things we act on and reinforce, how we arrive at decisions, and much more.

In From Good to Great,[2] author Jim Collins describes his quest to identify the qualities that made certain high profile companies particularly successful. He and his research team began the process with a list of nearly 1,500 corporations and narrowed the list down to a group of eleven truly “great” businesses.[3] Additional research revealed that the leaders of all 11 companies had one particular thing in common: they were all what Collins termed “Level 5 Leaders.”[4]

These men were all smart, shrewd, skilled, and knowledgeable of their respective products and market. They were effective at developing and managing teams, establishing a vision, setting goals, and meeting performance objectives. But so were many of the leaders of the other corporations in Collins’ meta-study. What set these Level 5 CEOs apart from so many others in their peer group was their noble character.

Each Level 5 leader was recognized as humble and did not pursue success for their personal glory. Some were quiet and introverted yet remained undaunted when they needed to make difficult, even risky, decisions. They were caring of others, while also maintaining a burning, passionate drive, a deep desire to advance their respective cause. Their character allowed them to remain focused on what their company needed because they were able to check their egos and personal agendas at the door. And because they were so exceptional in their care and concern, others within their organizations began to mimic their deeds and thought processes.

What Does the Bible Have to Teach Us About Leadership?

As revealing as Collins’ work has been for the corporate world, students of world history and religion would tell you that this successful leadership profile is really nothing new. Perhaps more than any other text, the Bible presents leadership as an altruistic art, a selfless service towards a higher, nobler purpose. The virtuous men and women detailed in its earliest chapters saw their tasks not as opportunities for self-glory, but as a means towards achieving a higher purpose: teaching the world of an ethical form of monotheism that placed great value on human life and the moral spirit. They were humble and virtuous, and did not cover up error or injustice, even their own.

Surprisingly, very few leadership studies have focused on the Bible, despite the fact that it has profoundly impacted the lives of billions worldwide for over four millennia. To the believer, it is G-d’s word, the Divine chronicle of the human experience and a blueprint for how individuals should conduct their lives. Even many non-believers recognize the Bible as a valuable resource for teaching lessons to humankind. The Bible is the most popular book of all time[5] and can be very instructive in teaching principles of moral leadership.

The purpose of this series is to give the modern executive a window into the world of the Hebrew patriarchs and matriarchs.[6] As we read, we will detail their personal strengths, drives, and challenges as we seek to learn from their experiences.

In this series we will meet…

Of course, it would be presumptuous to suggest that full parallels can be drawn between these biblical figures and the modern leader. The former were prophets, Divinely inspired to fulfill their tasks. Their growth opportunities were not of the corporate variety, nor were they leaders in the conventional sense of the term, with tens or hundreds of followers (with the exception of Abraham and Sarah.[7]) Despite these differences, I believe that we can gain much inspiration and insight from their character and values, their inner strength, interactions, and ability to change.

Naphtali Hoff, PsyD, is an executive coach who helps busy leaders be more productive so they can scale profits with less stress and get home at a decent hour. For a free, no obligation consultation, please call 212.470.6139 or email nh@impactfulcoaching.com. Buy his leadership book, “Becoming the New Boss”, on Amazon. Download his free productivity blueprint at ImpactfulCoaching.com/ Productivity-Blueprint.

[3] Their goal was to find every company that had made a leap from no-better-than-average results to great results (defined as generating cumulative stock returns that exceeded the general stock market by at least three times over 15 years. The leap had to also be independent of its industry). The 11 “good-to-great” companies averaged returns 6.9 times greater than the market’s.

[4] This is not the only quality or characteristic that set these companies apart. However, the presence and influence of Level 5 leaders served as the cornerstone for their growth and success.

[5] It is estimated that as many as 6 billion copies have been sold.

[6] Patriarchs: Abraham, Isaac and Jacob; Matriarchs: Sarah, Rebecca and Rachel. While Leah is also included in this latter group, this book only discusses Rachel due to her status as Jacob’s primary wife.