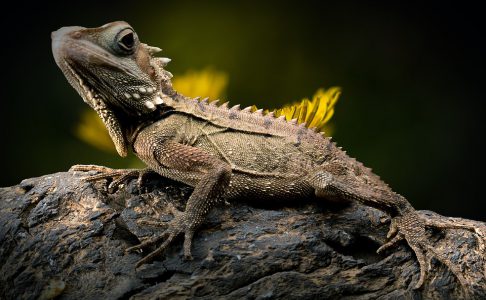 This week’s parasha, in describing Moshe’s plea to Hashem about his immediate successor, details what true leadership looks like.

As he neared the end of his leadership term, Moshe expressed no concern about enhancing his personal legacy and reveling in past accomplishments. His words instead conveyed a deep sense of care about his people’s future.

Moreover, Moshe was concerned about each Jew individually. His reference to Hashem as “the G-d of the spirits of all flesh” highlighted His knowledge of human intricacies, a knowledge that Moshe hoped would be bestowed on his successor to ensure proper, individualized leadership. Rashi, citing Tanchuma, presents Moshe’s request as follows: “Master of the universe, the character of each person is revealed to you, and no two are alike. Appoint over them a leader who will tolerate each person according to his individual character.”

Moshe’s concern naturally also extended to the collective whole, as expressed by his request that his successor be one “who may go in before them, and who may lead them out, and who may bring them in.”

This last description also conveys another critical element of leadership: humility. In contrast to other leaders, who sent their armies to battle while they remained behind, a humble leader knows that his role is to serve at all times, even when the risks are high.

Humility is perhaps the least understood quality a person may possess. Often it is perceived as a form of meekness, a reticence that stems from a lack of self-confidence or an unwillingness to stand up and assert oneself. But that is far from what true humility is.

Though Moshe possessed many stellar personal and leadership qualities, the Torah cites only one: humility. “The man, Moshe, was exceedingly humble, more than any person on the face of the earth (Bamidbar 12:3).” Yet, ironically, it was Moshe who recorded that line about his own great humility.

Moshe also wrote about his prophetic career, describing his dialogues with G-d as the most direct and clear communications with the Divine ever experienced by man. “Never again has there arisen in Israel a prophet like Moshe, whom G-d had known face to face (Devarim 34:10).”

How could a self-effacing individual, someone who never wanted to serve as a leader to begin with, pen such words about himself? It would be difficult to suggest he was coerced to do so, considering that Moshe surely believed, very deeply, in every word he transcribed from G-d.

The answer is that humility does not mean denying one’s talents and abilities. Nor does it demand that a person walk around with his head bowed, suggesting inferiority. Moshe was the humblest man on earth despite the fact that he knew of G-d’s testimony, and regardless of his awareness that his level of prophetic achievement was historically singular.

Ultimate humility is achieved by a person who excels in good attributes but takes no credit for his greatness. He realizes his core qualities and achievements are G-d-given. He takes no personal credit because he assumes another person would have done the same (if not more) had he been granted the same package of qualities and opportunities.

The person who was named to replace him, Yehoshua, was also an epitome of humility. He would tend to the Bais Midrash to make sure that everything was properly returned. He was the only one to camp near Har Sinai to be as close to his rebbe as possible.

L’havdil, the very best organizational leaders today, the ones who have been successful in elevating their companies to the top of their respective fields, are individuals who prioritize the tried and true qualities of selfless care and consideration. They are humble and willing to admit error, on top of their other core managerial competencies.

In Good to Great (New York, NY, Harper Business, 2001) author Jim Collins describes his personal quest to identify the qualities that make a company singularly successful. He and his research team began the process with a list of nearly 1500 companies. Through the use of growth-related criteria they narrowed the list down to a group of eleven truly “great” corporations. Additional research revealed that all eleven companies had one particular thing in common: they were all headed by what Collins termed “Level 5 Leaders.”

These leaders were all smart, shrewd, skilled and knowledgeable of their respective products and market. They were effective at developing and managing teams within their organization, establishing a vision, setting goals and meeting performance objectives. But so were many of the leaders of the 1500 other corporations in his study. What set these Level 5 CEOs apart from so many others in their comparative group was the fact that they were recognized and admired by their coworkers for their noble character.

Collins’ group of Level 5 leaders were humble and did not pursue success for their personal glory. Some were shy, but remained undaunted when asked to make difficult, even risky, decisions. They were caring for others, while maintaining a burning, passionate drive, a deep desire to advance their respective cause. And because they were so exceptional in their care and concern, others began to mimic their deeds and thinking processes, further advancing the firm’s cause.