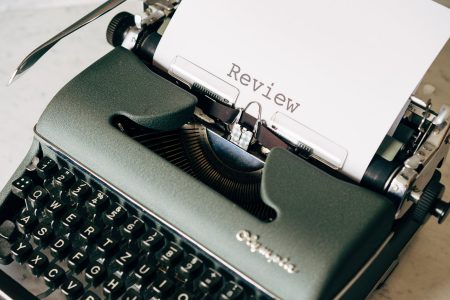 In a previous series for SmartBrief, I laid out my five-step productivity process for leaders, which I then turned into a Productivity Blueprint. This post dives deeper into the second of my five steps, sharing for maximal productivity.

The fifth and final piece of the second productivity step – “share it” – is to monitor each project and review performance with your coworkers.

As each project is unfolding, stay on top of things and correct or redirect when necessary. This motivates colleagues (who don’t feel abandoned) and helps you catch problems early on. Recognize key milestones, such as completed steps and sub-components, along the way. Obviously, inexperienced colleagues will need more direction, tighter controls, and oversight than seasoned ones. We’ll discuss this more fully below.

Monitoring progress also involves adjusting expectations as needed, based on the information you gather as things unfold. If the project doesn’t progress at the anticipated pace, you’ll need to evaluate the situation and see what changes need to be made. You may be able to catch up and get back on track with little effort. However, you may also need to push out the delivery date or make other changes to the project expectations to account for the gap.

Let’s say, for example, that you’re developing a new training program. The person tasked with creating slides for the training can’t complete her work until the person in charge of developing the outline and the training content is done with his task. To use a different example, when developing software, testers can’t get to work until the developers finish creating the product. Conversely, if the testing phase goes faster than expected, with fewer bugs or glitches than normal, you may be able to deliver the software product sooner than expected.

When the process is complete, review everything that occurred to identify your successes as well as your failures. It is critical that complex processes that involve much communication, delegation, and, of course, execution, be reviewed openly and often to keep things humming.

The challenge, of course, is that it’s so much easier to move on to the next pressing item rather than to spend time and attention reviewing past performance. After all, you just got done with all that work and want to move onto something that’s new, different, and exciting! Caution: Do everything possible to resist that temptation! There is so much that can be learned from each completed project – what went right, what didn’t, and why – that it simply is bad practice to forge ahead without first gleaning those nuggets.

Assuming there’s what to celebrate – and there most certainly will be – applaud those who were responsible. This can be anything from a simple ‘thank you’ or ‘well done’ to arranging for awards, gifts, or bonuses. Pointing out successes, as specifically as possible (“because you did X, the result was Y, and the benefit was Z,”) you engender good will and are likelier to get the same, if not better results the next time.

Don’t forget to do a KWINK (“knowing what I now know”) analysis. Looking back at what happened, ask yourself and your teammates, knowing what you now know about the project and its various components and processes, what would have done differently? How could you have been more efficient? Which resources or personnel would have made things go faster? Was this project even “worth it” to begin with (would you take it on again?) and what could have made it more valuable, in terms of revenue or other metrics?

Above, we discussed the need for tighter supervision of and direction for newly hired, inexperienced employees as they engage in new projects. At its core, this speaks to the need for Situational Leadership.

Notice that in this model, delegating (as in “giving over” a project) only occurs after the team member has first been directed and/or supported, often deeply, for a period of time.

This concludes the second step of Naphtali’s Productivity Blueprint, Planning For Maximal Productivity.

Step 3 focuses on doing the work and will be similarly detailed in coming posts.

Naphtali Hoff, PsyD, is an executive coach who helps busy leaders be more productive so that they can scale profits with less stress and get home at a decent hour. For a free, no obligation consultation, please call 212.470.6139 or email nh@impactfulcoaching.com. Buy his leadership book, “Becoming the New Boss,” on Amazon. Download his free productivity blueprint at ImpactfulCoaching.com/ Productivity-Blueprint. Register today for his on-demand webinar, 3 Secrets to Effective Delegation So You Can Get All Your Stuff Done and Still Be Home at a Decent Hour.