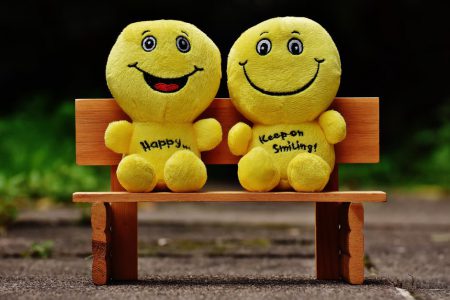 Kiddush Hashem is defined as the promotion of God in the world, demonstrating His omnipresence, His omniscience, His almighty power, and His sovereignty over humanity. As the verse declares, the Nation of Israel was created for this very purpose: “This nation I have created for Myself, [in order that] they should tell of My glory” (Yeshayahu/Isaiah 43:21). “Telling God’s glory” is the essential definition of Kiddush Hashem. Ultimately, a Kiddush Hashem brings about the positive awareness of the Presence of God in the world. In contrast, Chillul Hashem undermines the positive awareness of God in the world… Out of His desire to benefit mankind, God has placed the ability to increase or decrease His glory (His sanctification or desecration) in our hands. By fulfilling our purpose of sanctifying God, we can help bring the world to its completion.

Rabbi Moshe Goldberger has just published a small ebook/kuntres, “Smile to Sanctify Hashem’s Name” to help strengthen us in the mitzvah of Kiddush Hashem. Rabbi Goldberger identifies ten ways we can work to improve our character and thereby help promote Kiddush Hashem in the world. The kuntres is based on the following adapted Rambam in Hilchos Yesodei HaTorah 5:11:

“When a person is careful to speak gently, get along with others, smile pleasantly, ignore insults, give respect to all, always act with honesty, avoid hanging out in the wrong places, always be involved with Torah and mitzvos, go above and beyond the Halachic requirements, avoid going to crazy extremes… until everyone will praise him, love him and desire to emulate his ways. Thus he performs a Kiddush Hashem and Hashem is proud of him!”