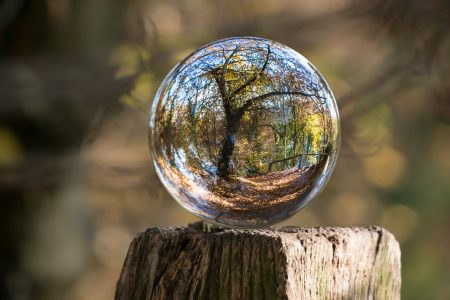 Tu B’shvat, Rosh Hashanah of the trees, is listed as a Yom Tov in the Mishna in Mesechta Rosh Hashanah. If this date was significant enough to be enumerated, there must be some deep lesson that we can learn from it to strengthen our Avodas Hashem.

What is the lesson of Tu B’shvat?

The Torah (Devarim 20:19) talks about trees: “If you besiege a city many days to wage war against it, to capture it, do not harm [any of] its trees by chopping it with an ax, because you eat from it, you are not to cut it down. For, is the tree of the field a man that it should enter the siege before you?” The Torah compares man to a fruit-bearing tree. What is it about this kind of tree that man can learn from in the Torah’s comparison of the tree to a man? And what is the specific mitzvah of not cutting down a fruit tree with relation to man?

Rabbi Yaakov Bender shlita (Dean of Yeshiva Darchei Torah in Far Rockaway) writes in Oraysa (Yeshiva Darchei Torah’s Torah Journal, Teves 5765) quoting Harav Simcha Kook shlita in the name of the Gerrer Rebbe, the Pnei Menachem: We know that Hashem created the world with certain rules. Everything on earth depends on the influence of gravity. Gravity is constantly pulling; keeping everything on the surface of the earth. When one opposes gravity by jumping, he is not firmly on the ground and his control is compromised. The more anchored he is to the ground the greater leverage he has and the more in control he is. A tree is the only thing that goes against the rule of gravity; rather than growing in the direction that gravity is pulling it – downward – a tree grows upwards, away from the ground. The higher it grows, the stronger and firmer it becomes.

Another characteristic of a tree is that its entire existence depends on the moisture it draws from the depths of the earth and brings it up to its highest leaves. Even during the cold winter, when it does not bear fruit and appears dried out and bare, it continues to get nourishment from the earth so that in the future it can bear fruit anew. To sum up: all of creation is drawn downward, while the tree springs upward against the natural pull.

This, Rabbi Bender says is the lesson: Man is like a tree; in that although his base desires are constantly pulling him downward with a powerful force, he has the capacity to resist the pull, to repel the impulse for gashmiyus, his physical attractions, and to raise himself high above the mundane forces that seek to keep him firmly entrenched in earthly lusts and passions. The greater the pull against this gravity, the higher and higher he will go producing luscious fruits and refreshing shade! And just as a tree has its seasons that it is naked and bare with seemingly no hope for the future, similarly man has his times of adversity that seem to offer him no relief. But just as the tree that has its roots firmly planted deep in the ground, constantly drawing nourishment, man too, as long as he is bound to the heritage of his forbearers, and connects to his neshama, soul, which is a part of Hashem Himself, he will yet blossom and produce beautiful fruit.

When we sit down to celebrate the New Year of the Trees, let us ponder the lessons the tree provides and raise ourselves to greater heights in spirituality and the service of Hashem.

You can learn more about Tu B’Shvat here.