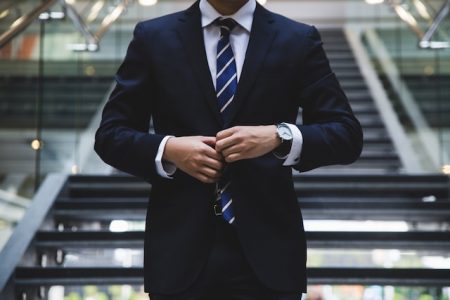 The social scientist, Professor Peter Burke, defines “identity” as the qualities, beliefs, personality traits, appearance, and/or expressions that characterize a person (Wikipedia, The Cambridge Handbook of Social Theory). When we think of who we are at our core, we have many composites – what we think, read, say, watch and do; our cultural heritage – family, nationality, religion and spiritual pursuits; our work; as well as our hobbies, recreational interests and so forth.

We invest the preponderance of our time, at least 40 hours/week, 2,000 hours/year – approximately one-third of a lifetime – preparing for and working in our professions. The question is whether one’s profession – stock trader, lawyer, locksmith, journalist, physician, etc., characterizes one’s essence?

Do our professions reflect our character and contribute to our mission in life? The Jewish High Holidays – Rosh Hashanah and Yom Kippur – the Jewish New Year and Day of Atonement are appropriate times to reflect on the role of our professions in our personal identity.

How Would You Respond?

“It’s not true that no one needs you anymore.”

These words came from an elderly woman sitting behind me on a late-night flight from Los Angeles to Washington, D.C. The plane was dark and quiet. A man I assumed to be her husband murmured almost inaudibly in response, something to the effect of “I wish I was dead.”

I didn’t mean to eavesdrop, but couldn’t help it. I listened with morbid fascination, forming an image of the man in my head as they talked. I imagined someone who had worked hard all his life in relative obscurity, someone with unfulfilled dreams—perhaps of the degree he never attained, the career he never pursued, the company he never started.

At the end of the flight, as the lights switched on, I finally got a look at the desolate man. I was shocked. I recognized him—he was, and still is, world-famous. Then in his mid‑80s, he was beloved as a hero for his courage, patriotism, and accomplishments many decades ago.

As he walked up the aisle of the plane behind me, other passengers greeted him with veneration. Standing at the door of the cockpit, the pilot stopped him and said, “Sir, I have admired you since I was a little boy.” The older man—apparently wishing for death just a few minutes earlier—beamed with pride at the recognition of his past glories.  Arthur C. Brooks, “Your Professional Decline Is Coming (Much) Sooner Than You Think,” Atlantic Magazine, July 2019. (Arthur Brooks is a columnist for Atlantic Magazine and teaches at Harvard’s Kennedy and Business Schools.)

Please click on the links below to continue reading and download the Teacher’s Guide and Student’s Source Sheets:

Teacher’s Guide in Word or PDF.

The Olami Resources Discussion Guides are based on Rabbi Yaacov Haber and the OU Pardes Project model, using sources from the Olami Morasha Syllabus.