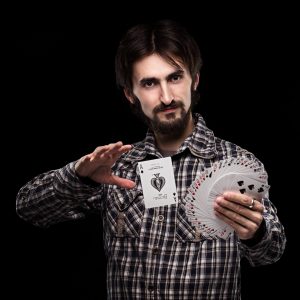 What if 63% of your alumni donated yearly to your organization?

Sounds unrealistic? Somehow, Princeton University has figured out how to get that amount of alums giving back annually. Compared to the US average university alumni giving rate – 13% – that’s downright incredible.

Tom Ahern, fundraising guru, posed the question you’re probably thinking right now to the fundraisers at Princeton: “What’s your magic? What are you guys doing that works so well?”

Here’s what they told him:

“We start right at the beginning. Every freshman, every incoming class, is introduced to an idea we invented in the 1930’s. We call it the ‘Given University.’”

“We tell each class of freshman: ‘Look around you. 60% of you in this room are here thanks to scholarships given by philanthropic alums.’”

“‘Look around this beautiful campus and these amazing facilities. It’s all philanthropy. The teachers you’re going to encounter, the best of the best, are here because of philanthropy.’”

Why can’t you apply this “Princeton Principle” to your own fundraising? Why not make it a point to highlight the generosity of former students when speaking to your current ones?

*Well, Avraham, isn’t that a little pushy – asking our students for money even before they’ve stopped paying tuition?*

Ah – but you’re NOT asking them for money.

You’re simply introducing them to a fact they won’t realize on their own. The fact that so much of what they get out of being part of your school or program comes directly from the generosity of others. And not just any others, but people who’ve themselves benefited from your organization, and want to give back.

You’re helping them realize that it takes alumni generosity to give them what they’re gaining. And if they have hakaras hatov, and want others to benefit like they did, all they need to do is join the chain of visionaries who made their own growth possible.

So. If you run a school, yeshiva, kiruv program, make the “Princeton Principle” yours.

Weave a “hakaras hatov” reference into your remarks. Talk about how this event, milestone, program, etc. was made possible by generous alums – “people like you, who’ve been inspired by what we’re all accomplishing here and wanted to have a part in it going forward.”

Before moving on to the rest of your inbox, take a minute to think: how can you customize the “Princeton Principle” in your own organization?

P.S.  Planning an online campaign after the summer?

Want it to be more successful than last time?

Email me at avraham@avrahamlewis.com to see if it’s a good fit for us to work together to make that happen.

Guiding leaders of mosdos Torah to exceed their fundraising expectations and magnify their impact on Klal Yisrael.

Read what other Jewish leaders are saying about working with Avraham.