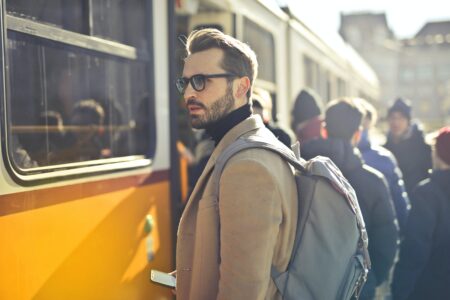 Even though all of Hashem’s creations are important, human beings have unique significance as Hashem created them (both Jew and non-Jew) [1] in His image. This incredible notion is important for us to appreciate. Lowly man bears the image of G-d!

Our G-dly nature should impact how we treat both ourselves and others. The Medrash [3] tells us that Hillel saw bathing as a mitzvah because washing ourselves shows respect to G-d whose image we bear. Hillel compared cleansing our bodies to the washing of the statues of leaders. He seems to view (on some level) even our physical bodies (and not only our souls) as representative of Hashem Himself! This is because Hashem imbued our bodies with G-d-like creative powers.

Parshat Ki Teitzei takes this message even further by commanding us to respect the human body after death as well. Even the lifeless corpse of someone killed by beit din (which needs to be hung on a tree in order to deter others from committing similar sins) needs to be taken down before nightfall, “for the denigration of G-d hangs.” [4]

Rabbi Meir [5] explains the association of the hanging body with G-d through a mashal. There were twin brothers who pursued divergent paths – one became king, the other a criminal. When the criminal was caught and hung for his crimes, observers mistakenly thought that it was the king himself who was hanging. The message is clear and surprising. When a human body hangs, it is as if G-d, Himself (the king) hangs!

Our appreciation for having been created in G-d’s image should impact how we relate to other human beings as well. After quoting Rabbi Akiva, who presented the pasuk of “V’ahavta l’rei’acha kamocha – You should love your neighbor as yourself” as the Torah’s greatest principle, the Sifra [6] quotes Ben Azai, who sees the Torah’s description of man as created in G-d’s image as an even greater principle. The Medrash [7] explains that Ben Azai’s pasuk commands us to respect others beyond the level we respect ourselves. We should show all human beings the respect they deserve for having been created in G-d’s image.  When we respect others, we are in essence respecting Hashem.  This is why the Mishnah in the fourth perek of Avot [8] compares respecting other people to respecting Hashem Himself. [9]

Returning to the Mishnah in Avot, we note that it contains an additional line. It is important that Hashem not only created man in His image, but also that He let man know about it. The Rambam [10] explains that we only fully appreciate something we are cognizant of.

This is especially true regarding our having been created in Hashem’s image. Though the Torah describes Hashem creating man in His image in its first perek, [11] Hashem only tells man about it in Perek Tet. [12] The significance of this can be seen in the fate of the generations who lived before the mabul. Though Adam Harishon and his descendants were created in Hashem’s image, they did not live up to their potential (and in many ways acted like animals) because they were not aware of it. Hashem restarted civilization after the mabul by telling Noach and his children that they were created in His image [13] in the hope that this knowledge would inspire them to emulate Him and His ways.

Humans are similar to animals in many ways. We are programmed to ensure our survival by pursuing food and procreation. On the other hand, we are created in Hashem’s image. This awareness is meant to inspire us to live meaningful lives.  May we do our best to constantly remember this fact and realize our G-dly potential.

[9] This explains why Rav Nachman taught that we need to speak with each other with Yir’at Shamayim (Likutei Maharan Mishnah 1.Kamma 34:8).

[12] Bereishit 9:6. Note that the Mishnah quotes this pasuk and not the one in Perek Aleph.

Rabbi Reuven Taragin is the Dean of Overseas Students at Yeshivat Hakotel. This essay was written by Yedidyah Rosenwasser.