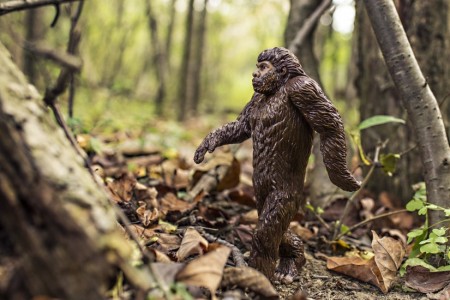 A handful of community leaders approached me about halfway through my first year as school leader. Some teachers – particularly the tenured vets – were concerned with certain aspects of my leadership style and were starting to vent to board members and other people of influence. After hearing these people out, I asked them what most people in a similar situation would want to know. “Why aren’t they coming to me with this?” I was told that they were afraid of losing their jobs.

To be honest, I found their response hard to accept. I knew that not everything had gone smoothly over the first few months on the job (there was SO much to learn and understand!) and I also wasn’t the one to whom they offered their allegiances (I had not hired and then rehired them year after year). Still, I certainly did not think of myself as scary or as a sworn and committed change agent, at least not on the personnel level. But then something happened that changed my entire perspective.

Soon after those conversations, I invited two veteran teachers to my office. My goal was to better understand the faculty’s concerns and what I could do to address them. These two women had both been on staff for years and were well connected and respected internally. I felt that they were likely to have valuable information and insights to share.

As I sat across the table from them and explained my intentions, they looked at me studiously. When I finished, both exhaled deeply and one even laughed that uncomfortable kind of laugh that we use when we are released from a subdued fear. When I asked for clarification, I was told straight out that they had feared the worst for themselves before entering my office. My words had helped put them at ease.

Why were they fearful?

The primary gist of it was that I was too distant. I spent too much time in my office and did not take enough time to ask questions and share what I was thinking. They knew that I was hired to make some changes and had already done so, though on a small scale. The absence of any assurances led them to worry about their job security.

Research tells us that when presented side by side, fear will always trump opportunity. It is that powerful. Routine and predictability give us a sense of control. When there are big changes, we are suddenly thrown into a state of uncertainty. “What am I doing wrong,” we ask ourselves, “to make my employer think that things should change?”

New management in particular sets off a lot of different anxieties. We wonder how our relationship will be with the new boss and whether he or she will approve of our work. We fret over whether we will remain as valued members of the team and worry about our new role. This is particularly true of our fluid 21st century work environment that continues to evolve and tends to not offer the cushy, lifer positions that many Baby Boomers enjoyed. A new boss needs to be aware of such anxieties and take proactive steps to quell them.

Of course, this is not to say that every holdover will have a place in your new landscape. You may have been brought in to make changes and to evaluate the old guard. Regardless, new leaders can take steps that will ease tensions and offer their new coworkers more peace of mind.

1) Make a great first impression – When you meet your team, let them know that you’re excited to work with them and support their efforts.

2) Be a great listener – When people can speak freely with you and believe that you are genuinely interested in what they have to say, they will come to trust you more and worry less.

3) Communicate well – Use personal, direct conversation and in-person meetings wherever possible to share your thoughts and ideas. By adding the non-verbal components of communication, we more effectively convey intent, trustworthiness, and reliability. Leaders who are great storytellers are also better able to gain staff support and compliance.

4) Build strong relationships – Listening and communication are two building blocks in helping you to build relationships. Once you have succeeded in developing positive professional relationships, it is more likely that people within the organization will candidly update you on internal developments, warn you about potential challenges or landmines, and even tolerate your mistakes more willingly. This can be very valuable, particularly at the beginning of your tenure.

5) Find the historians – During your first few weeks on the job, you also want to learn about the culture in which your personnel have been operating. Take your time to study the history of the staff and important traditions, symbols, and events that hold meaning for them. Perhaps you can even identify an “official chronicler” that has been around for a while and possesses a balanced, informed view of the organization’s history and cultural development. Such a person can be a tremendous resource as you seek to understand existing mindsets and behaviors. He or she can also offer perspective when you are ready to consider new ideas and want to get safe feedback.

In taking these steps, leaders demonstrate a genuine interest in and respect for their people and their new environment. While this may not fully assuage the fears of those who worry about their new boss and his or her agenda, it should help put the majority of folks at ease as they settle into their new reality.