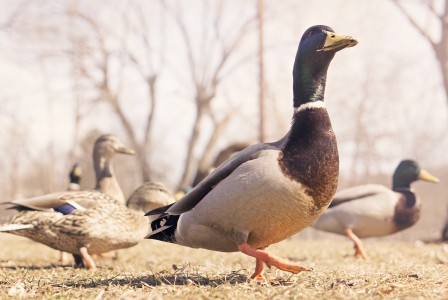 A leadership transition is one of the most important yet under-appreciated aspects of a new leader’s experience. It helps to frame the new leader’s role and the relationship that he develops with his team. If managed well, such transitions can make all the difference in promoting acceptance from within the ranks, and allowing the new leader the time and patience necessary to get acclimated and begin to build equity.

One of the most successful transitions on record occurred in antiquity. The Torah records that Hashem chose Yehoshua to succeed Moshe at a historic time for the young Hebrew nation (the new leader was charged with bringing his people across the Jordan River and conquering Canaan).

Hashem’s choice of Yehoshua, Moshe’s student, to serve as the next leader was certainly met with enthusiastic support by the aging prophet. Moshe publicly handed the reins of leadership to his prized disciple, in a manner that made clear to everyone that Yehoshua was Hashem’s leader of choice and had his complete backing.

Then Moshe summoned Yehoshua and said to him in the presence of all Israel, “Be strong and courageous, for you must go with this people into the land that the Lord swore to their ancestors to give them, and you must divide it among them as their inheritance. The L-rd himself goes before you and will be with you; he will never leave you nor forsake you. Do not be afraid; do not be discouraged.” (Devarim 31:7-8)

Of course, the stakes for most leadership transitions are not as high as they were back in the Sinai Desert. But that doesn’t make them any easier, especially as incoming executives do not enjoy open divine support, not to mention the backing of one of history’s greatest leaders.

Naturally, each transition process is different. The outgoing leader may not always be so supportive, especially if there was no pre-existing relationship or there existed a strained relationship between them or with other members of management. But incoming heads and managers would be wise to do whatever they could to gain the support of the people they will be succeeding.

Moreover, it’s really important for new leaders to learn as much as they can from the outgoing executives. Work to understand the history and the players, the special relationships and other interpersonal nuances. Find out whatever you can about past challenges and successes, as well as the cultural components that define the organization and the way that others relate to it. An outgoing leader can be a treasure trove of information, and oftentimes really wants to be able to help and share. Moreover, by demonstrating interest, the new leader shows that he respects the efforts and individuals who brought the organization to its present form.