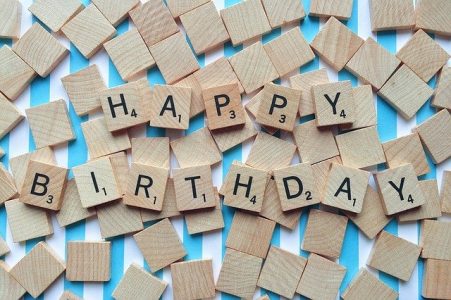 A birthday, the day a person celebrates the anniversary of his or her birth into the world, is commemorated in almost every culture, often with a party, gifts or other rites of passage. Although the actual birth of a child and the thirteenth birthday (for a boy, twelfth for a girl) are certainly causes for great joy in Judaism, the yearly celebration of one’s birthday is not found mentioned as part of  standard Jewish practice and rituals in traditional Judaism. What is the view about celebrating yearly birthdays in Judaism? Is it allowed? Is it encouraged? Or is it forbidden? What are the reasons behind the traditional Jewish response in this area? Did any famous Rabbis celebrate their birthdays? If yes, how were their birthdays celebrated “Jewishly?” If not, why not? This chapter will examine the sources that will help answer these and other questions about birthdays.

The only birthday celebration mentioned in the Torah is the birthday of Pharaoh, which indirectly caused Joseph to be saved from jail (after two years). This happened because Pharaoh’s Chief Butler was reinstated on this day and he later remembered Joseph to Pharaoh as an interpreter of dreams. However, since the only birthday commemoration mentioned in Scripture is that of a non-Jewish enemy of the Jewish people, this would seem to indicate that such a celebration is not a particularly Jewish idea. But in explaining Pharaoh’s celebration, Rashi defines exactly what a birthday is and how it was celebrated then, and Rabbi Naftali Tzvi Yehudah Berlin’s commentary explains birthdays as a joyous day for the celebrant in which others try to bring him or her delight.