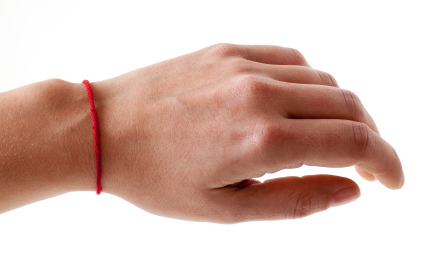 Last month, I found myself in a northern suburb of Chicago for a meeting. I arrived early and tried to locate a used book store I had read about on Yelp. It seems that the bookstore had closed, but I did see a branch of the Kaballah Centre. I knew they had a location in Chicago, but I had no clue they had a branch in Highland Park, IL.

If you know me, then you know that I will often say that I’m not hardwired for Kabballah. I have tried reading  Inner Space by Rav Aryeh Kaplan zt’l, like, a dozen times and couldn’t get past page 30. I even tried reading it when I turned 40 and I still felt like my head was spinning. I could barely understand the essay at the beginning of  Horev titled “Samson Rafael Hirsch and the Kabbalah”.

However, the former kiruv professional in me was curious about a few things:
How long have they been in Highland Park?
How many Jewish people come and how many non-Jewish people come in?
What kind of programming they offer?
How many people that come in end up coming back again?
I walked in and was approached by a really nice lady who took time to get to know me. I got some answers to my questions and a quick tour. After speaking with her, I signed up for their email list. In the 15 minutes that I was there I saw 6 other people park their cars and come inside and were treated in the same friendly manner.
I looked around their massive location with multiple rooms and realized their approach was a mix of the following models: Barnes & Noble, the Apple store, and a little Starbucks. I also realized that there are a few things that outreach professionals could learn from this Kabbalah Centre (it’s the only one I have ever gone into).

1) Bricks and Mortar signify that you are here to stay: In my opinion, the kiruv organizations and kollelim that have a real physical address tend to give an impression that “we are here to stay”. If your organization has always been run out of someone’s basement or using a desk and a phone in someone else’s office, it appears to be temporary.

2) Let people get something free just for coming in: The Centre had a table right inside their entrance with bottles of water just sitting their waiting to be taken. Next to the bottles were multiple copies of a new book that they had just published. People like free things and getting some water to drink when you look around a shul, school, kollel, or outreach center automatically says, “Hey, we are really happy you came by today.”

3)  Brand, brand, and brand: Everything in the store that was for sale — from DVDs, to books, to mezuzzah housings, to red strings and magnets — was produced by the Kaballah Center. Chabad, I believe, is the only group out there that could even pull this off, since they have their only publishing house. The take-home idea is that if people walk into your kiruv center, they should get the impression that you are not only supplying books and a one-on-one learning program. Today’s adults, even the empty nesters that have email and Facebook, want to feel like there is more than just one item being offered in their search for authentic Judaism; people want to feel like they have choices. That’s why programs that offer a Hebrew School and congruent programming for the parents are so important.

4) Be friendly and get a commitment from someone before they walk out the door: I was approached after I had been in the store for 40 seconds. The person was friendly, asking me if I lived in the area, have I ever studied Kabbalah, and passively insisted that she get my email address. She even said that I could unsubscribe at any time. Anyone who is anyone in Kiruv will tell you that you have to engage with each person and connect with them and (deleted) do your best to get contact info, unless it’s Shabbos and you know you aren’t going to remember anything. However, I have never heard anyone say that you can chose to unsubscribe to an email list; that’s the chiddush.

5) Leather chairs and a quiet room are golden: This Kabbalah center had awesome leather chairs and a small sofa in a room on the side, with a DVD playing one of their video classes. There was a small bookshelf with a few books and a copy of the Zohar. I sat there for a few minutes and no one from their staff came into speak with me. They did walk by, but the idea was that this room is a “safe place” where people could just lounge around and chill.

6) Inform don’t sell: During my conversation with one of the people who runs the Centre, I was informed about their study session on Lag B’Omer, the classes and workshops available and their other Centre in Chicago that was closer to where I live. I was also told about a number of free apps they have for both Android and iPhones and if I went to their website I could even order books that are free (shipping not included). There was no pressure to buy anything, I just got information and signed up for emails. All in all, I left there, still not hardwired for Kabballah. I was, however, thinking that if non-Orthodox Jews are coming here seeking a way to connect to Judaism, then why can’t we, as Torah observant Jews offer them something besides Kaballah.

Neil Harris has 15 years of full-time experience in both teen and adult informal education. In 1994, he pioneered  the idea of using Starbucks as a kiruv destination for NCSY events (what is currently NCSY’s “Latte and Learning” program). He currently works in the healthcare industry, gives a mussar vaad, and also teaches a chabura on the sefer, Bilvavi Mishkan Evneh. 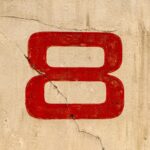