OLAMI Resources   /   Featured Posts   /   GUEST POST: Find Out Why You Need to Know About Gemara Berura 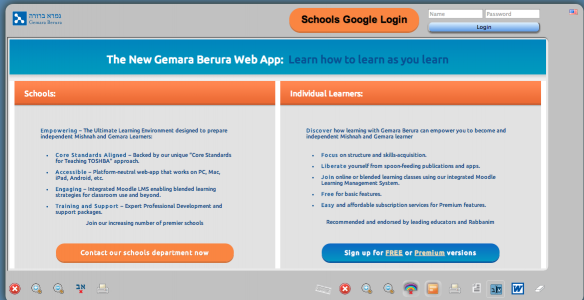 I first fell in love with Gemara Berura a dozen years ago. I had just finished my most ambitious project-based learning assignment I had ever attempted with my 9th grade class. We designed a “How To Learn Gemara” website. In this project, my students culminated a year of a careful skills-based approach to learning Gemara by summarizing the various Sugiyot they had learned complete with keywords and color coding. They divided these Gemaras into sections and labeled these sections based on their function within the Sugiya as attack questions, regular questions, statements, answer, proof, etc.

I shared this project with the Lookjed Listerv, my first Personal Learning Network before there was a Twitter or Facebook group to share and discuss. I got quite a few responses to this project but the one that was most interesting was from a team in Israel that said they were using a very similar skills-based methodology but had created a computer program to facilitate the process. I was intrigued.

That summer, I received a follow-up email from Rabbi Meir Fachler, the head of the Gemara Berura team, whom I had never met but who later became a mentor of mine in the world of Jewish educational technology. He wanted to know if I wanted to see the program. Sight unseen, I invited him to present Gemara Berura to a team of young educational administrators I was with as a part of Yeshiva University’s Intensive Training Program for Day School Leadership. The real reason that I offered him to present was not to give the program exposure to the next generation of day school leaders. Rather it was a selfish one. I wanted to see the program myself and I thought the only way I could was by letting Meir present.

Once I saw the program, I was hooked.

What I found most attractive was that, although the computer-based approach was new, the methodology was an old one and in my humble opinion, the ONLY way to teach one how to learn Gemara. 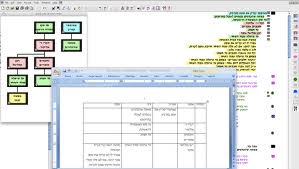 t involves using keywords and other textual clues to divide the Gemara up into units of the Shakla Vetarya, the halachic give-and-take. To assist in this process, the program features a database of over 700 keywords with their simple definitions, broader explanations, and suggested classifications. It also contains biographies of all of the Talmudic Sages with information vital to understand the Gemara like whether a given speaker was a Tanna or Amora, what generation he was in, who were his teachers, students, and friends and important principles concerning him like the fact that Rabbi Meir is presumed to be the author of every anonymous Mishna, or that Rav can be considered to have the status of a Tanna in a dispute.

Next, one seeks to classify each of these units according to their function. The classifications include the most important functions in a Sugiya like three types of questions: Inquiry, Objection, and Contradiction and two types of answers: Clarification and Reassignment. Gemara Berura uses special colors and shapes for each classification so that as one is dividing the text into its component parts and then classifying the Gemara according to each part’s function, one develops a color-coded text map and detailed flow chart of the Sugiya.

Finally, one connects the units to each other both in the text map using an indenting system and in the flowchart which is simultaneously ordered both chronologically based on the order of the text and logically based on who is commenting on whom. This is a key feature since the Gemara’s text is in a non-linear fashion and often a later unit will connect to something much earlier in the discussion. I was dividing and classifying with my class using word processing programs prior to using Gemara Berura, albeit not as easily and smoothly, since I did not have this clear systematic approach with the built in databases of Keywords and Sages. However, I could never easily do the connecting stage before Gemara Berura.

This approach, to Divide, Classify and Connect, or DCC as Gemara Berura calls it, is really the ONLY way to teach one to make a laining on a Gemara, to achieve independence in reading. This approach has been utilized by Rishonim and Acharonim for centuries. For example, see the following from Rav Yitzchak Kanpanton’s classic Darchei HaGemorah:

In order to know a Sugiya in its entirety, one has to know the rules of the Gemara…

1.    You have to know the sequence of the tradition – who received the teaching from whom – and to remember the sages quoted and their titles. You must also know who is a Tanna and who an Amora, who is a teacher and who a student, in order to know to raise objections from the statements of one to those of another.

2.    You have to know all the unusual words and terms that are used to raise and resolve objections.

3.    You have to know the Gemara’s method and the sequence of the Sugiya thoroughly: the questions and the answers, the objections and the resolutions, the exact proofs and conclusions, the sources and tangents of the various topics that are raised in the Sugiya…

Basically, the idea is that one can tell what the Gemara is doing based on the keywords and other clues; is it making a statement, posing an objection, a contradiction, or answering an inquiry? This is true even if one is not familiar with the ideas in the Gemara so one does not yet know what the Gemara is saying. This approach to reading Gemara can be taught in a yeshiva day school setting, even to average students, if taught systematically and consistently reinforced. This is how I already taught. But Gemara Berura made it so much easier and more active for the students, giving them the ability to color code and manipulate the units of Gemara, an almost kinesthetic method of learning.

This is what drew me to Gemara Berura. Over the years, I have had the opportunity to teach my own classes using Gemara Berura and to train dozens of teachers in this approach in places from New York and New Jersey, to Philadelphia, Pittsburgh, Cleveland, Miami, Palo Alto, and Los Angeles.

Just a couple of years ago, I was privileged to join a team of experts in Gemara pedagogy led by Rabbi Meir Fachler and Rabbi Yossi Rosenblum, Principal of Yeshiva Schools of Pittsburgh, as we met in Jerusalem to create The Core Standards for Teaching Torah SheBeal Peh Initiative which has since been adopted by the Misrad Hachinuch, the Israeli education ministry, as the core standards for learning Mishnah and Gemara in all Mamlachti Dati schools.

Gemara Berura has made a number of improvements in this time including adding a Mishna toolto complement its Gemara text mapping tools which recognizes the unique halachic style of the Mishna. Another notable addition has been the ability to export the text map and flow charts into Word documents for creating worksheets and summative assessments. However, since Gemara Berura was always a Windows application, as technology has moved to a multi-platform environment with Macs, PCs, iPads, and Chromebooks all utilized in Jewish day schools, it has become more and more essential that Gemara Berura move to the cloud and become a web-based program which could be used across all platforms.

This year, Gemara Berura has done exactly that with their web-app. This app has kept all of the features that have made Gemara Berura such a strong computer assisted methodology for learning and teaching Gemara, but can now work on any device. For individual learners, it features a free personal version which allows one to use many major features. This tool is the perfect companion to learning the Daf Yomi.

For schools, it offers a much more powerful school-wide license. Beyond the Gemara Berura toolset, it also features its own cloud-based file storage system, its own web-based text editor, and most importantly, it includes a full-fledged learning management system so that one can create activities, assignments, and assessments directly from the web-app. With this newest version, Gemara Berura has finally fulfilled the promise of bringing its strong methodology to any teacher and student no matter what the device.

If you are eager to achieve independence in learning Gemara for yourself or your students, I highly recommend that you give Gemara Berura a try. For more information about educational licensing, please contact Rabbi Meir Fachler at meir at jet-start dot com.