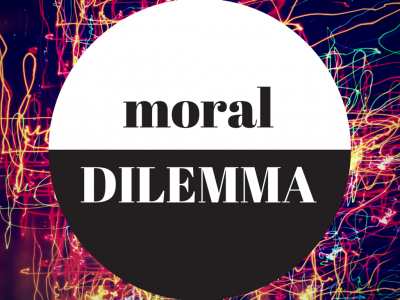 During the Holocaust, the Bielsky Brothers, Tuvia, Zus (Zush), Asael, and Aron Bielsky led a unique partisan brigade in the forests of Belorussia. Rather than focus on killing Nazis and Nazi collaborators like other partisan groups did, the Bielskys focused their energies on saving as many Jews as possible. Living hidden in the forests and creating their own structured communal society, they ultimately succeeded in saving more than 1200 people from the hands of the Nazis.

They survived primarily by stealing food from nearby farmers. Although it was not their primary focus, the Bielskys did occasionally kill people they felt were threats or who assisted the Nazis. The Bielskys’ unique and inspiring story gave rise to countless compelling moral dilemmas.

It is important to keep in mind the historical context in which these questions were raised. The Bielskys and all 1200 people in their charge were under constant threat of death. They were being actively hunted by the German authorities, and they usually faced the imminent threat of starvation. Choices that would be unconscionable under normal conditions may have been morally acceptable in those extreme conditions.

I have developed a curriculum based on 12 authentic moral dilemmas that Jews in the Bielsky brothers’ position faced. This can be a great springboard to teach many mitzvos , as well as many hashkafic issues.

This curriculum contains 18 short video clips, as well as details of the moral dilemmas. In order to convey the complexity and nuance of each dilemma, an argument is presented for both sides of each question. I have used this curriculum very successfully with teenage audiences, as well as adult audiences. The classes were very well attended and they were very engaging. Please click here to view the full curriculum.

Rabbi Yitzi Weiner is a graduate of Ner Israel Rabbinical College and serves as the director at Community Kollel of Sharon, MA.