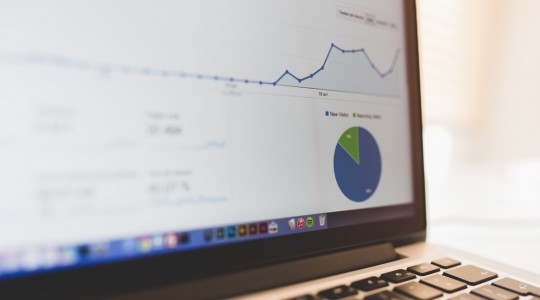 Non-profit initiatives have greatly increased over the past half-century. What caused this increase is perhaps a greater sense of social responsibility as well as greater transparency as to who does what and why among people. Consumers have arguably become smarter, more selective, and sophisticated. The same applies to their attitudes towards spending on charities, fundraisers, community organizations, etc. Spending is spending after all.

Why a change in consumers’ profiles matters is because from a management point of view, promoting a non-profit is hardly any different from promoting a for-profit. A consumer is a consumer regardless of whether they are spending on a box of LEGO, a bottle of wine, or a charity. This is a fundamental truth. The consumer’s attention (step 1), interest (step 2), and money/involvement (step 3) are to be won regardless. There are still unique operation-side considerations about working with non-profits that will be shown in this post. The unique things however, lie on the management side of the topic, not on the marketing side. To support this, consider the following thoughts from academia that have been shaping the way non-profit campaigns have been viewed and managed up to now:

This post will cover successful campaigns from the American Red Cross, Mozilla Firefox, World Wildlife Fund, Amnesty International and a few others. It should be mentioned, however, that defining a successful campaign is a complex task in itself. Because non-profits are so different from one another in both message and income, one-dimensional measures are no good. There is no single parameter that could stand the test and be deemed a universal indicator of success. Non-profit organizations and campaigns are just too diversified to be all scooped under one umbrella. Hence, we will discuss non-profits on a case–by–case basis.

Insights from the World of Non-Profits

The methodology to attract followers and campaign backers is the same for non-profit campaigns as for profitable initiatives – discuss your goals, projects and accomplishments.

Success Story No. 1: World Wildlife Fund (WWF) advertises its objectives and accomplishments. A monthly magazine informs subscribers exactly what WWF is doing. This is clearly no different from what corporations do for their stakeholders on a quarterly or yearly basis.

If a non-profit campaign is not winning various media channels, it has no way of speaking its voice.

Success Story No. 1: WWF is known for using a whole variety of media channels to reach its audience. WWF has partnerships with newspapers, TV stations, scientific magazines, etc. After years of cooperation, WWF can now advertise free of charge with some periodicals.

Success Stories No. 2,3,4: Amnesty International, Oceana and Greenpeace are present on every single internet-based channel, including social media.

With non-profit initiatives, it is crucial to catch momentum at the right time.

Success Story No. 1: The Hurricane Sandy App from the American Red Cross became a huge success, not because the app was especially good, but because it was needed.

Success Story No. 2: Movember, a campaign for men’s health, has raised roughly $650 million in 11 years.

Success Story No. 3: The American Red Cross times their campaigns to be part of the National Preparedness Month.

One of the biggest advantages of marketing for a non-profit is the opportunity to allow your target audience to become your partners. Good marketing focuses on  building a community around common objectives that stimulates investment in your goals.

Success Story: Amnesty International is really big on capturing the essence of its community.   They actively seek out and start conversations with so-called ‘influencers.’ They most commonly include them in Twitter posts and occasionally reach out with private messages. This way, Amnesty International seeks to play more of a community managing role.

Non-profits can cooperate with commercial giants. What a seemingly insane idea to combine non-profit purity with commercial interest, you will say! But no! Joint venturing is a viable option and an excellent choice for non-profits. On the one hand, corporate governance may impact a non-profit’s morale and distort their message, but on the other hand, corporate affiliation may bring expertise in management, as well as much wanted levels of income and recognition.

Success Story: The Born HIV Free campaign was launched in 2010 by the Global Fund. Its overly ambitious objective ‘no child born with HIV by 2015′ failed miserably, and yet, the campaign brought together giants of the business and the media world for one cause. The campaign created enormous levels of media attention and excitement. However, there were challenges in managing the Global Fund’s brand and keeping it an integral part of the narrative.

Success Story No. 1: #nomakeupselfie has written itself down as one of the most viral campaigns ever. It has raised roughly $15 million for cancer research in just one week. A shocking image, a powerful hash tag and the public’s fear of cancer did it all.

Success Story No. 2: Mozilla is arguably building a better Internet or, at least, it says so. Its relatively recent campaign is aimed at privacy and hack protection. What unites campaign followers and Mozilla? Deep respect for personal security and privacy, obviously. Such a strong common denominator in the information age is 50 per cent of success.

Certain things about the modern era you just can’t ignore. If you’re doing business, it’s tantamount to criminal not to use hashtags.

Success Stories No.2, 3: #movember and #nomakeupselfie

As a final remark, take for a good example any single non-profit campaign that has stayed afloat for longer than a week. Every such ‘survivor’ has inevitably used basic, traditional marketing concepts and methods to guide its operations.

Mike Hanski creates content strategies and writes at Bid 4 Papers, an online service that provides editing and writing assistance in a one-on-one format. He likes to write about topics related to education, entrepreneurship and social media.