OLAMI Resources   /   Featured Posts   /   Announcing the Discussion Primer From the New Series in the NLE Morasha Syllabus Am I Ready To Find My Soul Mate? 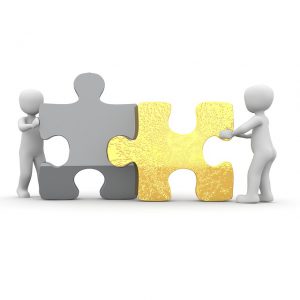 Shalom Japan, which opened in August in … South Williamsburg … is a serious restaurant that doesn’t take itself too seriously. Start with its unlikely name, which makes a merry hash of the cultural heritages of the owners and chefs, Aaron Israel and Sawako Okochi, who married in May. [One enters the restaurant by passing through] a Japanese curtain silk-screened with a Star of David and a rising sun, merging into one.

A mandatory start to your meal is the doll-sized loaf of warm braided challah ($7). Unlike Nana’s, this one’s dough is infused with fruity sake kasu, giving the bread a rich, funky flavor (New York Daily News).

For a restaurant claiming Jewish lineage, the moment of truth arrives with the matzo ball soup. On a recent evening, one of my companions stabbed the matzo ball with a chopstick and began ruminating on the Yiddish-rooted word zaftig — which, she declared, this matzo ball was not. “Very light,” she said. Then, with a sniff, “My mother’s are better.” Stan Sagner, Shalom Japan, Nydailynews.com, January 27, 2014 and Ligaya Mishan, Chopsticks and Challah, Nytimes.com, October 17, 2013.

Ever since demographic studies in the 1990’s revealed that in the United States, on average, over 50 percent of Jews marry non-Jews, the phenomenon of intermarriage has occupied the minds of rabbis, lay leaders, educators, and sociologists alike. Throughout most of Jewish history, the Torah’s prohibition against intermarriage combined with the Jewish people’s own age-old cultural aversion to “marrying out” – not to mention the anti-Semitism of the non-Jewish population, who were certainly not interested in marrying Jews – were sufficient factors to make intermarriage almost nonexistent amongst Jews.

But today the reality is different. The latest Pew study in 2013 shocked the Jewish community, with the revelation that 70 percent of (non-Orthodox) Jews intermarry. Inter-marrieds are more likely than not to be the products of non-observance, acculturation, and assimilation into general society for over three generations.  The barriers and differences in culture, language, and religion which would have kept Jews and Gentiles apart in previous eras are, for many people, simply absent today.

The discussion about intermarriage is complex because it has ramifications on many levels, from the technical-legal level to the cultural.  Considering the scope of this class, we do not recommend that it be given in isolation of other more fundamental discussions about Judaism and Jewish history, or outside the context of some meaningful Jewish experiences, like a Shabbaton or a trip to Israel. No one’s identity will be changed overnight, or by their participation in a single lecture.

The point of this primer is to raise issues – difficult issues – regarding who we think we are and how that should affect who we date, choose to marry, and commit ourselves to building a family with. But unlike the four previous classes in this series that aimed to develop a new awareness of self that would preclude intermarriage, here we address the practical issues head on. The aim here is to help the students think through their attitudes towards marrying in versus marrying out.

CAVEAT:  This Discussion Primer is a separate, independent component of the Am I Ready to Find My Soul Mate? series. It is a more direct framework to broach the question of “Why Marry Jewish” with one’s students, and is not intended for educators to teach as a class. Rather, it is offered as background material for educators who would like to engage their students in informal, one-to-one discussions on intermarriage. Educators can decide which parts are appropriate, if at all, for their particular students.