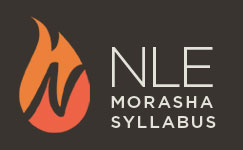 In the first two NLE Morasha classes on the System of Halachah, we learned that the Torah, with its oral interpretation, was taught to Moshe Rebeinu at Mount Sinai, in the Ohel Moed and at Aravot Moav. Moshe was instructed to have this explanation passed down orally from one generation to the next. Although it was originally forbidden to teach this oral tradition from a written text, it eventually became necessary to publish the Oral Torah, since circumstances placed it in danger of being forgotten. But even once it was written, it was redacted in a way that would preserve its oral nature.

In this class, we will address the skeptic: What evidence is there that the Oral Torah was given by God at Sinai? Perhaps it is the brilliant product of the Talmudic Rabbis? We have insight into part of the answer from Parshas Re’eh in the context of discussing the permissibility of eating kosher meat through schechita:

When the place chosen by God to carry His name is far away, you may slaughter your cattle and sheep that God has given you in the manner that I have commanded you. You may then eat them in your cities according to your heart’s desire. (Devarim 12:21)

If slaughter is to be performed in the manner that I have commanded you, where is it that these commands are written? Such instructions are found nowhere in the Written Torah. This must be a reference to an oral tradition that existed already at the time of the giving of the Torah. Rashi (IBID) therefore concludes, “We learn from here that there is a mitzvah to process kosher animals through schechita. These are the halachos of schechita that were taught to Moshe (orally) at Mount Sinai.”

There are five categories of evidence for the Oral Torah discussed in the NLE Morasha Syllabus Shiur on the Necessity, Advantages and Accuracy of the Oral Torah:

Since legal definitions for these unexplained institutions are required for a functioning society, there must have been an oral tradition to explain them. In all these cases, we need the Torah to give us detailed instructions. The fact that the Written Torah does not tell us how to fulfill these mitzvos is in itself a clear indication that there is an accompanying Oral Torah.

This shiur further discusses advantages of instituting the Oral Torah as well as analyzing the accuracy of the oral transmission.

Click here to download the NLE Morasha Syllabus Shiur on the Necessity, Advantages and Accuracy of the Oral Torah.