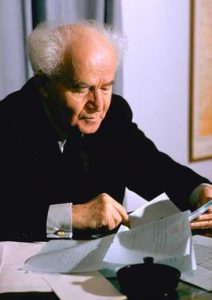 Yom Haatzmaut is the day that the State of Israel in particular and the Jewish people as a whole celebrate the creation of the State in 1948. On this day you will find a greater diversity of observance and non-observance in the Orthodox Jewish world than on any other day of the Jewish calendar. There are observant and G-d fearing Jews who are reciting a full throated and impassioned Hallel. There are observant and G-d fearing Jews reciting liturgical laments with the same conviction as the above mentioned Jews are reciting Hallel. And you have Torah observant Jews who ignore the day; it is business as usual for them. They are not saying Hallel and they are not sitting on the floor in mourning; rather, for the most part, the day and its significance are ignored.

For reasons which are beyond the purview of this piece I personally cannot acquiesce to any of the above mentioned options. I cannot passionately recite the Hallel and I certainly would never recite lamentations; however, to just ignore and not deal with the issue does not sit right with me either.

This morning, I noticed an article about Yom Haatzmaut written by Rabbanit Yehudit Yosef, the daughter-in-law of HaRav Ovadiah Yosef zt”l, the great Torah giant who was revered by all. She discusses in the article the approach of her saintly father-in-law – Rav Ovadiah – to Yom Haatzmaut. She writes:

Maran (a deferential title to her father-in-law) never missed an opportunity to remind everyone of our obligation (emphasis added by me) to thank Hashem for all of His miracles and wondrous deeds which he did for us [through the establishment of the State]. We now have the ability to come to Eretz Yisroel and to live here in security and safety and [we must thank Hashem] for the fact that the State of Israel is the undisputed center of Torah in this world. 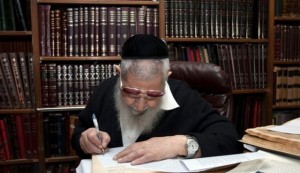 In answer to the question as to how he himself conducts himself on Yom Haatzmaut, he would reply, “I act as Ben Gurion conducted himself (on that day), I don’t say Hallel, nor do I say Tachanun.” In answer to the question of how can we thank Hashem and recognize a miracle which was facilitated by individuals who were not shomrei Torah and mitzvos, Rav Ovadiah would refer to the Gemara in Meilah (17b) which informs us that Hashem sent a sheid (a normally destructive and negative spiritual force) to perform a neis (miracle) for Rav Shimon Bar Yochai. Although Rashbi (acronym for Rav Shimon Bar Yochai) was somewhat disappointed in the ‘agent’ Hashem chose and sent to perform His bidding, nevertheless, he realized that he still must be appreciative of Hashem. As he declared: “Let the miracle come from wherever it will come [it is still a miracle and we must thank Hashem for it].”

In so many ways I believe the opinion of Rav Ovadiah zt”l encapsulates and embraces my own feelings on this day. To fully sing the Hallel, I too am not just ready. To recite lamentations, this opinion is certainly not for me. To just ignore and carry on…. this too I cannot do. So the words of the late great Rav Ovadiah zt”l are a beacon of light to me on this special day. I thank Hashem for his wondrous miracles that He did for all of us on this day; irrespective of the fact that non-religious Jews were His agents. As we have seen from Rav Shimon Bar Yochai, wherever the miracles come from, we must still thank Him enthusiastically for them! I thank Hashem on Yom Haatzmaut that he gave me and you and our families the land of Israel to live in and to study in and most importantly to get close to Him.

May we all reach the day when we are in complete unity and of one heart with regard to our present uncertainties and may we all soon declare in unison: “This is the day that the Lord made; we shall exult and rejoice thereon.”