OLAMI Resources   /   NLE Journal Posts   /   Are You Kind Enough to Cut Others Slack? 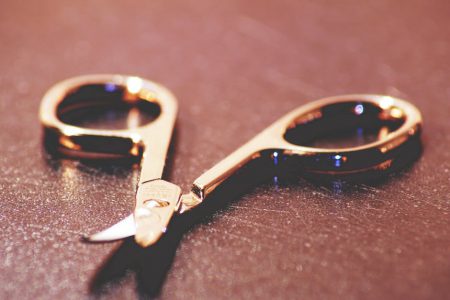 With righteousness you must judge your fellow. (Vayikra 19:15)

This means that you should judge your fellow favorably. (Talmud Bavli, Shavuot 30a)

Burt Reynolds describes an incident that occurred with him before he was a famous actor. He is in a bar minding his own business sipping on a beer. Two stools over sits a man with humongous upper body strength and broad shoulders. Out of nowhere, the guy starts harassing a man and a woman seated at a table nearby. Reynolds tells him to watch his language. That’s when the guy with the huge shoulders turns on Reynolds.

Reynolds describes: “I remember looking down and planting my right foot on this brass rail for leverage, and then I came around and caught him with a tremendous right to the side of the head. The punch made a ghastly sound and he just flew off the stool and landed on his back in the doorway, about 15 feet away. And it was while he was in mid-air that I saw . . . that he had no legs.” Only later, as Reynolds left the bar, did he notice the man’s wheelchair, which had been folded up and tucked next to the doorway.

Even though Reynolds was looking right at the man he hit, he didn’t see all that he needed to see.

Upon experiencing the miracle of the splitting of the sea, the Jewish people joyously sang, “Nachisa b’chasdecha am zu ga’alta. With Your kindness, You guided this people that You redeemed.” Nachisa, you led them with kindness, is in the past tense. Which kindness is it referring to? The simple understanding would be that Hashem performed the great miracles of the eser makos, the ten plagues and krias yam suf.

The Midrash (Tanna D’vei Eliyahu) gives an altogether different understanding. When the Jewish People were enslaved in Egypt, notes the Midrash, they felt the bleakness and hopelessness of the situation, so they assembled together as a group. During this meeting they made a commitment towards one another. They pledged that with whatever else was going on around them, no matter how bad it would get, they would practice gemillus chassadim, kindness and generosity with one another.

What precipitated this commitment? Why now? The Chafetz Chaim explains that when the people realized that they could not come up with a strategy to end the persecution and that the suffering under Pharaoh was only going to increase with each ensuing day, they decided among themselves that the only way to make things a bit better and hopefully to earn redemption from above would be to be kinder to one another. Writes the Chafetz Chaim definitively, “Ha’davar ha’zeh hayah siba l’geulasam.” This kindness that they showed one another was the catalyst and cause for their salvation.

The Chafetz Chaim concludes, this is the meaning of our pasuk that we say every day: Nachisa b’chasdecha, you led us out with chesed. It was our performance of and predisposition towards chesed that caused You to lead us out. When we do chesed with one another, Hashem does chesed with us. This is the meaning of the pasuk from Yirmiyahu that we say on the Yamim Noraim: “Zacharti lach chesed n’urayich.” Hashem, you remember the chesed of our youth? What chesed did we do in our infancy? Says the Chafetz Chaim, this refers to chesed we did in Egypt, even in the harshest of circumstances when we had every reason to be self-centered and self-absorbed.

Forty-five years ago, social psychologists Ned Jones and Victor Harris coined the phrase “fundamental attribution error” or “correspondence bias” to describe the phenomenon of people’s tendency to place an undue emphasis on internal characteristics to explain someone else’s behavior in a given situation, rather than considering external factors.

In other words, when we see someone behave in a certain way, we reach conclusions about their internal personality rather than ascribe the behavior to outside factors. When someone runs through a red light we assume they are reckless instead of considering that they are driving someone to the hospital in an emergency. If we see someone kick a vending machine we assume they have anger problems whereas if we kick the machine it is because our snack got stuck. If someone is impatient in the line at the drug store we label her nasty instead of realizing she is a considerate person rushing to get home with the medicine for her sick, miserable child. When other people’s cell phones ring during davening, it’s because they are inconsiderate boors. If my cell phone rings, it’s because I’m a conscientious person who needs to be able to get a call from those who rely on me.

Harvard psychologist Daniel Gilbert explained it this way, “…in everyday life people seem all too willing to take each other at face value and all too reluctant to search for alternative explanations for each other’s behavior.”

To put it most simply, we fail to cut each other slack. We tend to look for the worst in others, to be easy to anger or to be insulted, rather than give people the benefit of the doubt and to recognize that there may be something else going on that we don’t know.

Ian Maclaren, the 19th-century Scottish author once said, “Be kind, for everyone you meet is fighting a battle you know nothing about.” Cutting slack, giving the benefit of the doubt, is a chesed, is kindness that absolutely every one of us can do.

Someone didn’t invite you back, or respond to your text, or say hello when passing you in the supermarket. Don’t assume the worst. With friends, co-workers, and even family members—make an effort to remind yourself that almost everyone is fighting a battle you likely know nothing about.

If we want Hashem to interact with us with chesed, to give us the benefit of the doubt, and to cut us some slack, we need to do the same for others. Don’t ever even metaphorically punch someone because even when you are looking him or her in the eye, there is likely much you don’t see.