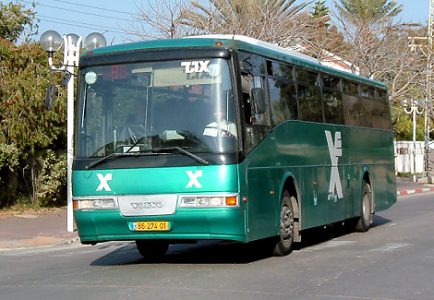 One more story of how the miraculous becomes ‘natural’ when you visit Israel.

A week before my trip to Israel one winter break, I got an email from a friend, Rafael Sait, asking me if I had any space in my suitcase to bring over some Romanian meat for him.

A little background is required here: The Romanian butchery in Chicago on the corner of Clark and Touhy is probably the most famous kosher deli in the US and, possibly, the world. When I took my first job in Chicago, a friend told me that the best thing about moving to Chicago is the Romanian deli. Jewish mothers send suitcases full of Romanian meat to their sons in yeshiva to help them survive.

(By the way, it is entirely legal to bring kosher meat into Israel.)

Since I have been going to Israel twice a year on student trips, I decided to leave a suitcase of clothes there with a friend instead of bringing it back and forth every time. That means I usually have an almost empty suitcase to bring over stuff for anyone who needs. This trip I’d also been asked by a Jewish Education Team (JET) student to bring over a winter coat and umbrella. There was more than enough space.

So I told Rafael, I’d be happy to. I went over to Romanian and picked up some vacuum packed brockwurst, steaks and a salami, then froze them the night before I left. 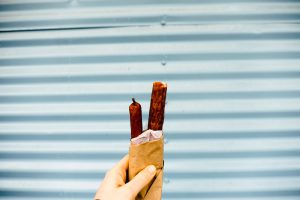 There was only one issue. Rafael works in Yerushalayim and I was not going directly to Yerushalayim from Ben Gurion airport, as I usually do.

The student group I was joining (Ohr Somayach JLE) was heading up north on that Thursday to spend Shabbat in Tzfat and I was going to meet them. Actually, they were spending Thursday night in Tiberias.

So I called Rafael and told him I’d only be able to deliver his meat package in Jerusalem on Sunday because I was going first to Tiberias and then Tzfat. The meat would be fine and he was ok with that. Then he asked me how I was going to get to Tiberias.

There is no direct bus or train to Tiberias. I would need to take a bus to the Tel Aviv station, take a train to Haifa, then another bus over to Tiberias. With suitcases in tow, that would be a shlep and would take a long, long time. I didn’t want to get to Tiberias late at night. I told him I would probably have to take a regular taxi and pay up to $200.

Rafael said, “Let me see what I can do.”

Rafael is the Israel Trips Coordinator for Ner Le’Elef, an institute based in Jerusalem very involved in Jewish outreach. He knows all the details about all the summer and winter student trips to Israel.

One more critical piece to this story.

Usually I get a Talk ‘n Save cell phone as part of the trip group plan Ohr Somayach arranges and I pick it up in Jerusalem when I arrive. This time, since I was only getting to Jerusalem on Sunday, I did something different. Talk ‘n Save has a local branch at a bookstore in Chicago. I was able to pick up a phone the day before I left, ready to use when I landed.

My flight landed at Ben Gurion airport at 3.00 p.m. After clearing customs, I take out my phone. There’s a message for me: “Zev, good news. There’s a flight arriving from New York one hour after you land, with a group of students on a Russian American Jewish Experience (RAJE) trip, who are taking a bus to…TIBERIAS!”

In all my years of coming on trips to Israel, I have never heard of a group who gets off the plane and travels directly to Tiberias. In fact, I have seen Tiberias many times but I don’t think I have ever spent a night in Tiberias.

So there I was a couple of hours later on a bus to Tiberias, making new friends and learning all about the amazing work RAJE is doing and thinking about how to bring their programming to Chicago. When I arrived at the King Solomon hotel in Tiberias, I had a great story to tell everyone about how offering to bring Romanian deli got me a miraculous ride to Tiberias.

The Torah readings of the two Shabbats I was in Israel (Beshallach and Bo) describe the miracles of the Ten Plagues. The Ramban (Nachmanides) at the end of Parshas Bo (Shemot/ Exodus 13:16) writes an amazing statement: “Through the great public miracles, one acknowledges the hidden miracles which are the foundation of the whole Torah, for no one can have a part in the Torah of Moshe our teacher unless he believes that everything that happens, whether in public or to an individual, is miraculous, and not natural.”

The Ramban is telling us that the reason for all the miracles in Egypt was to teach us that everything that happens in our lives is miraculous. It may not be in public, but it is miraculous, and a private demonstration that G-d watches over us and guides us.

I know and believe that everything that happens to me is miraculous. It’s just that in Israel, I see it more clearly.

P.S. There are four holy cities in Israel: Yerushalayim, Chevron, Tzfat and Tiberias. On Thursday night I slept in Tiberias, the next day we travelled to Tzfat for Shabbat, motzaei Shabbat we left for Yerushalayim and Sunday we had a tour of Chevron! Four holy cities in my first four days. And for some reason, after many, many times in Chevron, I learned for the first time that the Ramban is buried in Chevron.

The cell phone and the Romanian salami – my ticket to Tiberias

My new RAJE friends (with Rabbi Goldshteyn on right)

The grave of the Ramban in Chevron. “Everything is miraculous, not natural.”

Rabbi Zev Kahn is the Founder and Director of the Jewish Education Team (JET) in Chicago.